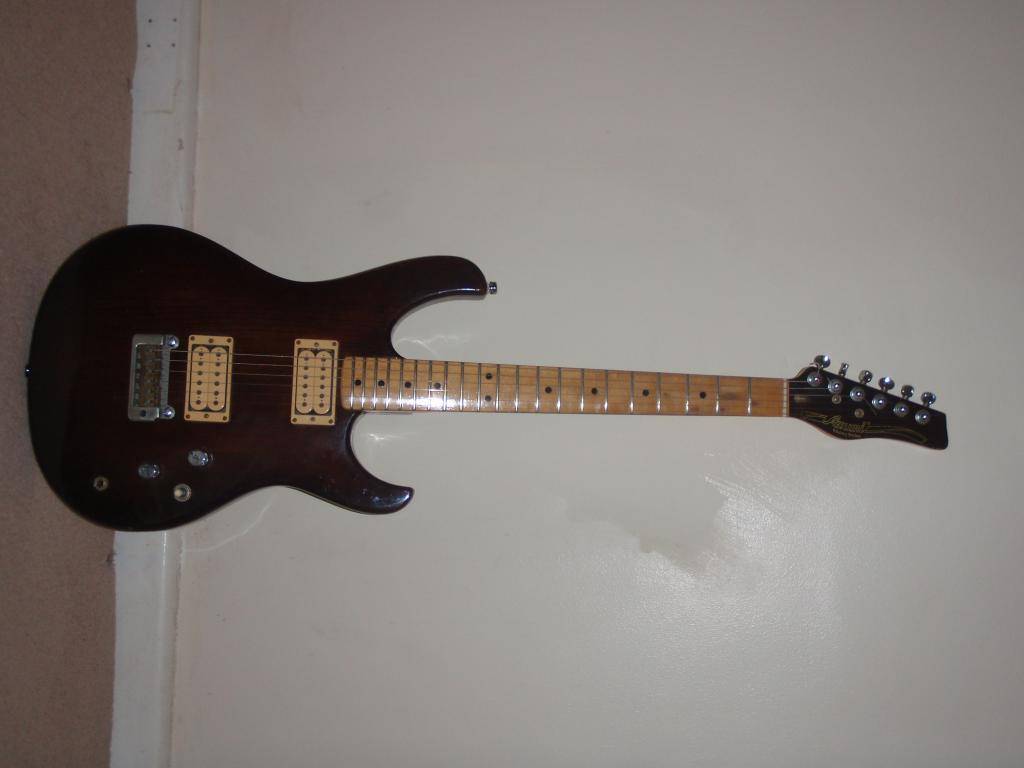 Neck (other than no of frets) looks and feels identical, nut - the same (exactly, not close, and exact same detailing in its fitting) , tuners - the same (other than saying Quest), pick-ups (Gotoh copies of Super Distortions) - the same, the body even "feels" the same, if you know what I mean.

Anyone come across Azumi before? Could it be a bit Mats?

I have only seen one other for sale on ebay in the last year...

The only Azumi's I've seen have had a shape like the Explorer and usually in blue burst. Yours is unfamiliar to me.

That Atak looks fantastic, um, assuming you like that squished shape.