Hey men! Selling my two Quest Atak's. Both made in Japan 1984. Funding other guitar pursuits.

The original stock single coil pickup is now back in the guitar (the Duncan you see in the pic was sold, turned out to be too hot). The case shown doesn't go with it, it actually goes with the Atak 2 custom below. It does come with a case however, a chipboard case that fits it just fine with room to spare. I'll update with better pics tomorrow. Be on the lookout for them!

1984 Quest Atak 2. 100% stock original. VERY rare, special bird. It's a one of a kind as far as anyone knows. Has a factory active boost circuit, crazy green body with super cool yellow binding. LOVE the color of this thing. Considered swapping necks with the black Atak (above), to see how it looks with a maple neck. Never did that, but would be fun to experiment with it you bought both. Never seen another like this one, and neither have the Quest/Vantage experts I've interacted with on the Matsumoku forums. They think it was made for an artist back in the day. I don't know, but it's amazing. Comes with original Quest Atak case that fits like a glove.

MUCH better photos coming tomorrow. Be on the lookout for them!

Awesome! that green/yellow sounds nasty on paper but looks amazing!


free shipping to the UK yeah?

Not the shipping(well a bit) it's the customs over here who are getting real sharp and want their pound of flesh, unfortunately..

They just hit me for £143 on one shipment. Plus shipping.

Think your selling yourself a bit short on the 'Greeny'

WHAT?!  Insane.  So very sad that they get away with this.   Crooks and thieves to do that.

They even charge VAT on the shipping charges + a handling fee. 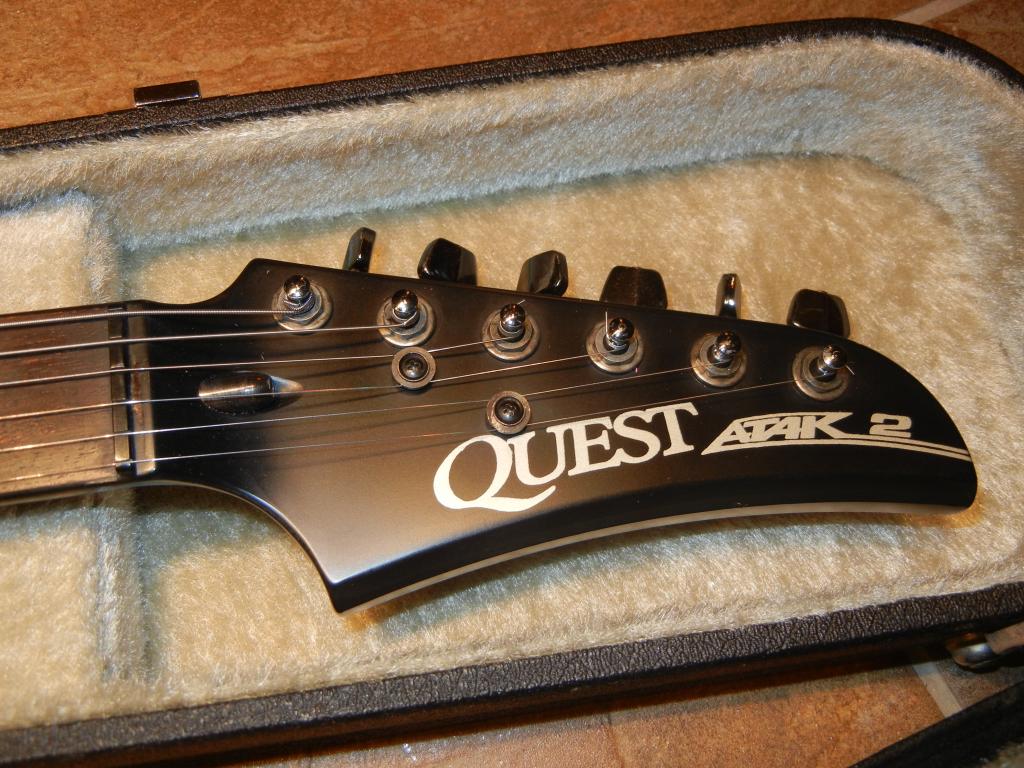 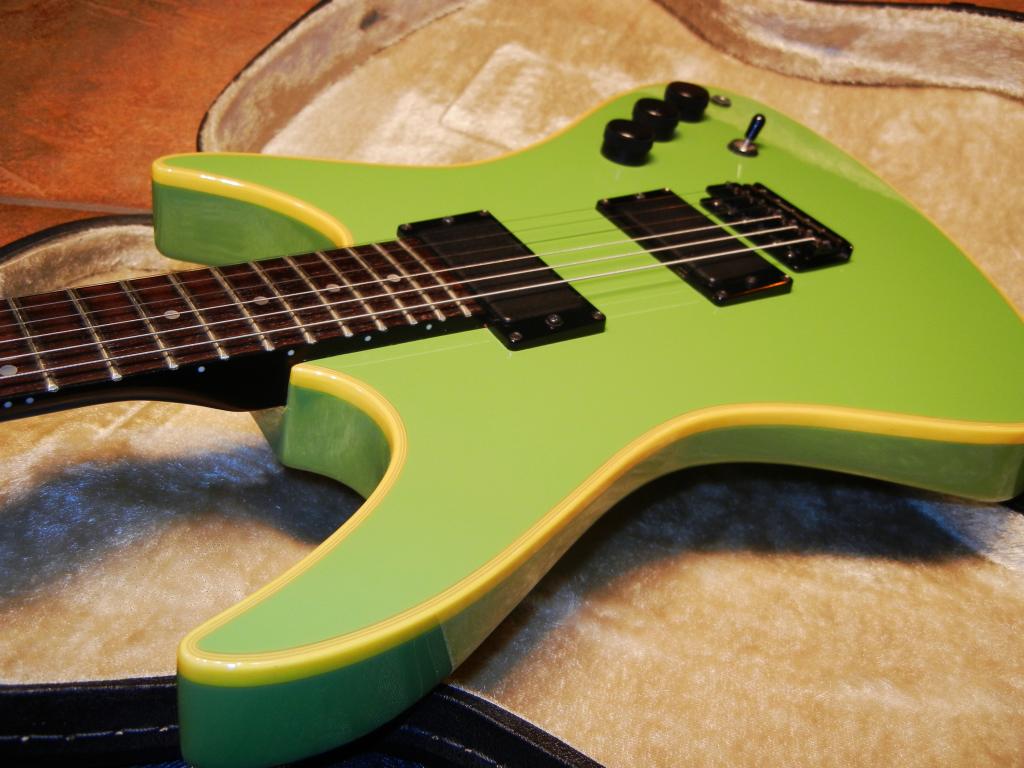 
I will also consider offers on these.

Nice axes. love the Maple neck and the color combination on the green is absolute 1980's-1990's glam and cool.

I really like the look of these. The green one is fantastic.
If you were in the UK I would have the Atak 2

There was an Attack 1 on ebay recently, but had been badly repainted, frets were worn and generally all a bit sorry. Chap wanted £100 for it. A lot when it needed a so much work.

Forgot to update, these two Quest brothers have just moved to a great home!

I am now enjoying both of these beauties. The green is quite impressive in person and the active boos is very nice. Solid construction and good quality as well but should expect that from Uncle Matt ...... Very fast and agile necks on both. They will be played, enjoyed and cared for. Thanks Chad

that Atak2 is drop-dead gorgeous!

Glad you're loving them Arthur, they could not have gone to a better home!

I still think of the Green Monster daily, isn't that ridiculous?!

So glad they didn't go to a teenager who'll stick EMG's in them, beat them to kingdom come and then trade them for an ESP LTD.

They're a cool pairing.  Remember to send pics if you swap the necks!!!  Love to see the maple on green and the black on black!

Ran across this thread googling Quest guitars. Mortarman you still have the ATAK 1 and 2?

Um, you do realize this is a 7 year old thread don't you?