I have an original Japanese guitar strap which I bought with the Spectrum ST in '85. It's the only strap the ST has ever had, and I've used it on stage, etc. for years. So you'll understand when I say that I was distressed when the adjuster buckle broke on it recently making the strap no longer, um, adjustable.

The buckle is plastic and the outer perimeter is quite heavy and solid, however, the horizontal bit which passes through the strap loop and anchors everything was very thin by comparison and eventually just broke from fatigue. The over all quality of the strap is top notch so it's puzzling why this critical component was so poorly fabricated.

Initially, I tried crazy gluing the ends back, and for awhile, it was OK. But last week it gave way again. Thankfully I'm only using it in the guitar room and not on stage!

I puzzled over how to fix this for quite awhile. Unfortunately, any sort of replacement buckle would have required un-stitching the loop in order to wrap the end over the new centre bar, then re-sewing it. That was not going to happen!

As I looked at replacements I noticed many had a metal bar which slid up and down instead of a solid piece. It slowly dawned on me that perhaps I could create my own. But with what? 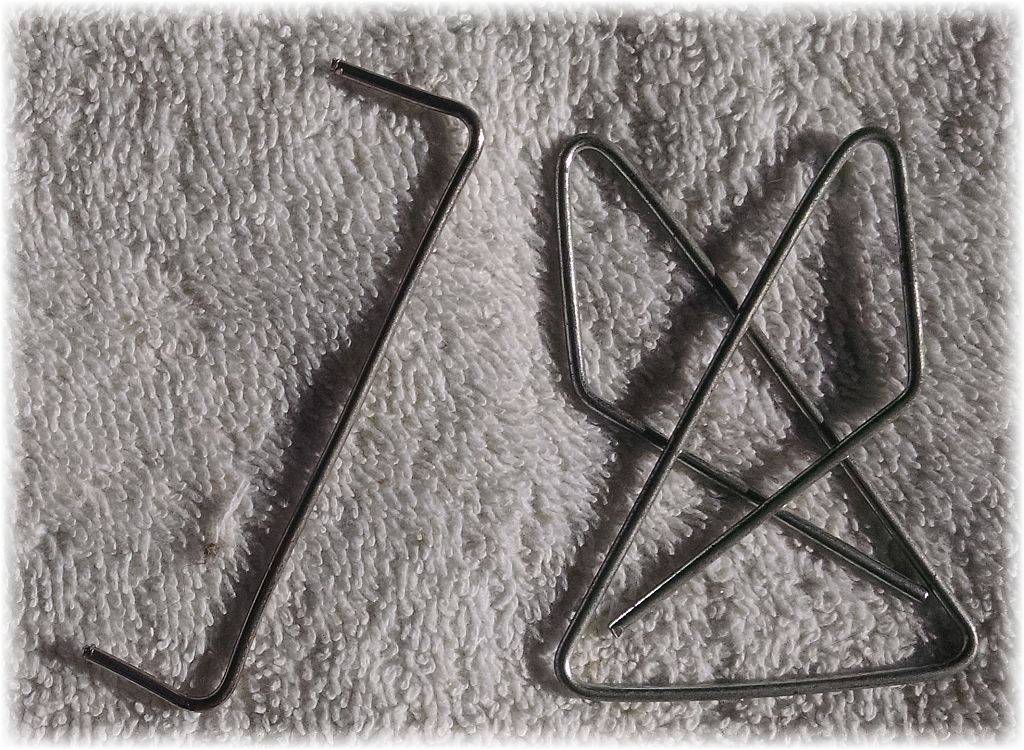 I straightened it out a bit then I snipped off an appropriate length of wire. From there it was a matter of sliding it through the loop and gently bending it over on the back: 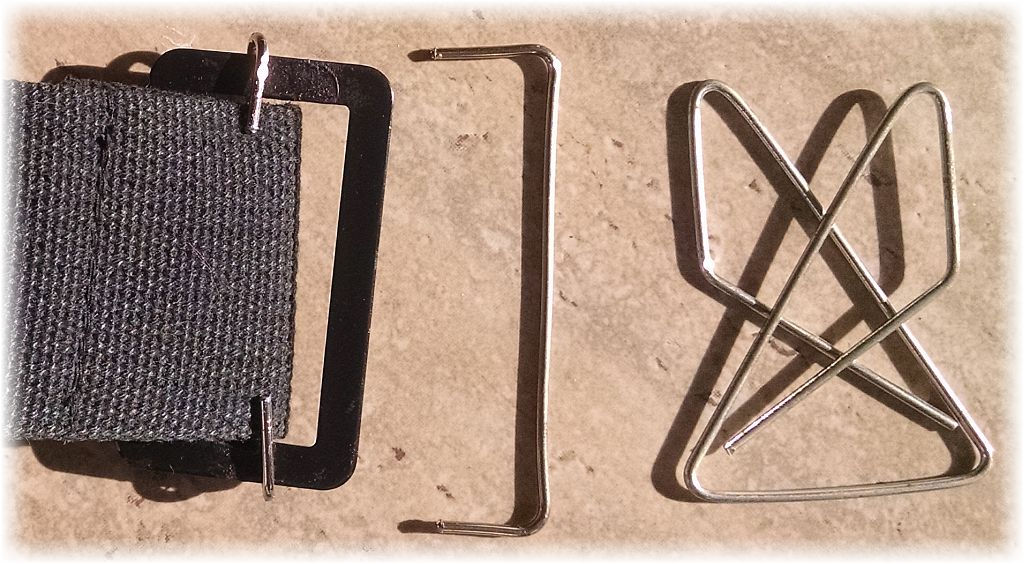 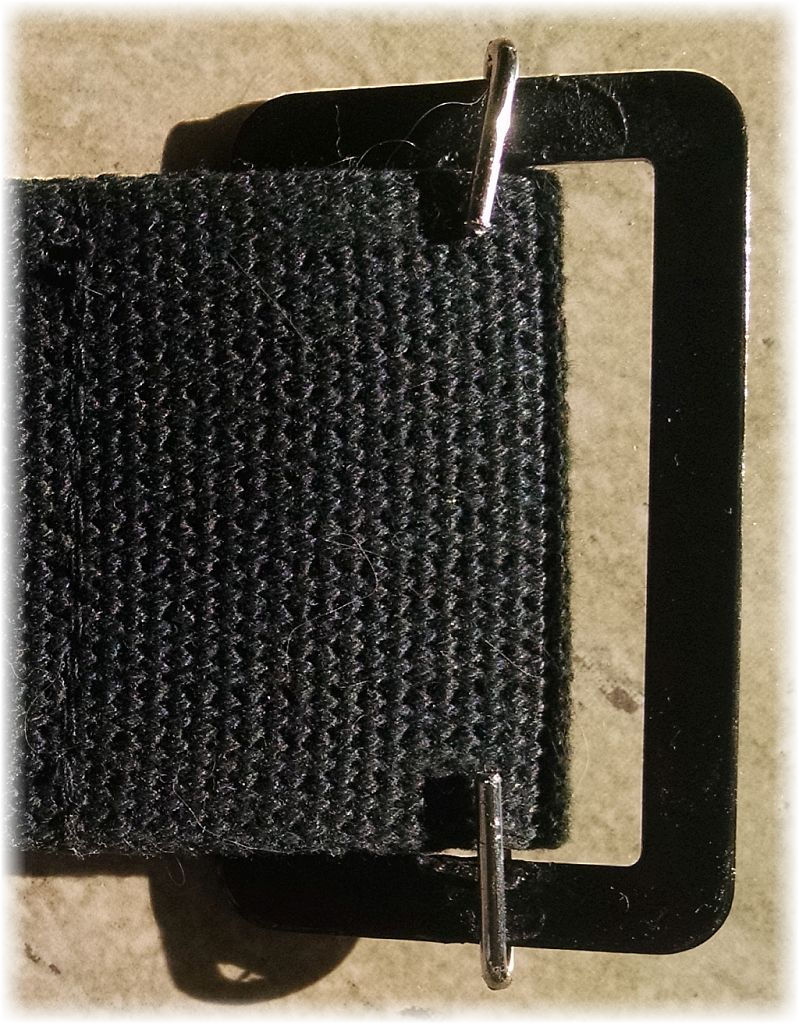 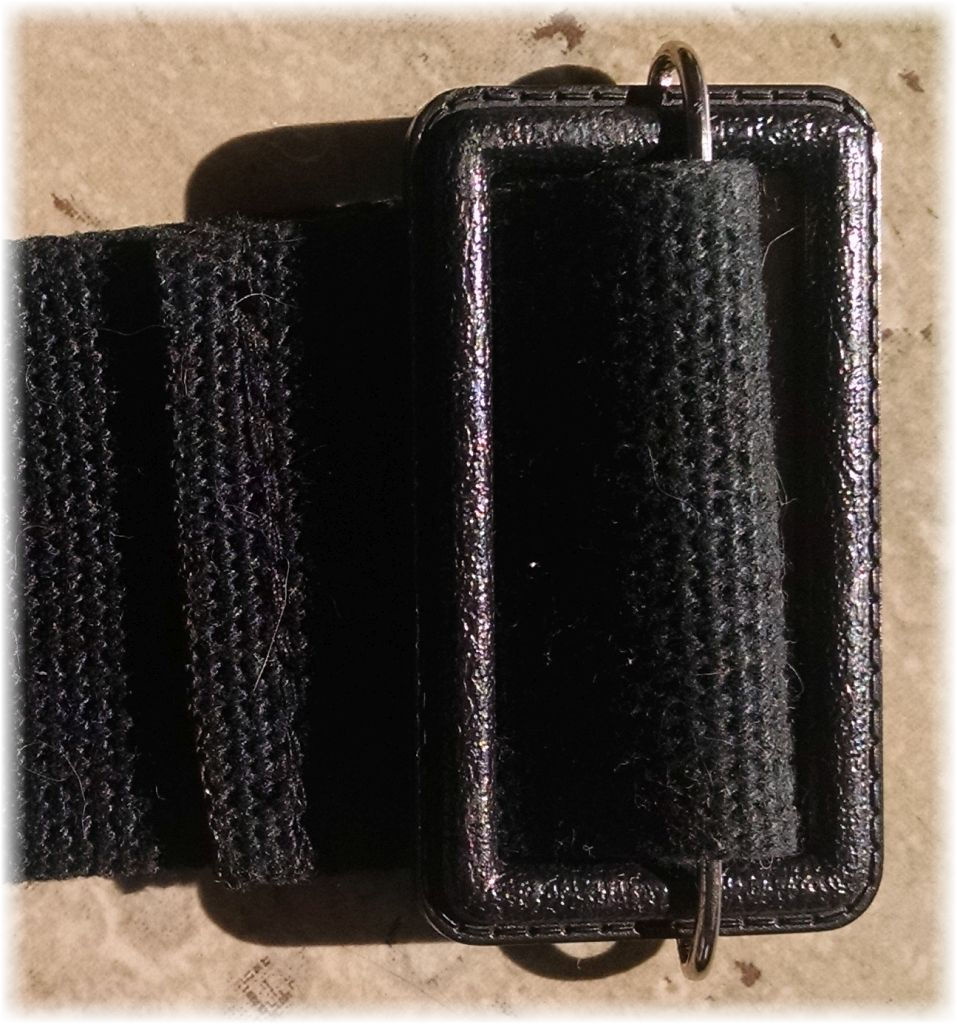 Yes, it does! In fact, it may even have been enhanced by this stellar display of cheap bastidry - well done, you!

My house has no metal coat hangers. That's because I've cut them all up to make and repair things. Whenever a piece of plastic breaks, the first thing I do is rummage around in the garage for a spare piece of coat hanger and a big pair of pliers! 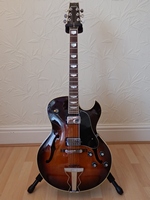 Something I learned many years ago was that a good pair of engineers pliers and a needle of heavy lacing wire meant you could fix most things around the farm!!

So what does it say?

I love it.  Any cool looking Japanese or Chinese character on an item will work.  No matter the meaning!

I never had a translation, and back in the day there was no Internet to do research on such things so I never bothered.

Just now I had a quick look at some Kanji characters and I "think" it all has something to do with the elements. Assuming the bottom is the strap end, the last character I'm 99% sure is Wind, the top character I think is Fire.

I haven't matched the centre one but it is likely something to do with rain or water. No idea what the red suns do to the meaning, but my guess is that it's a reference to Japan's precarious balance with the elements surrounding it (hurricanes, tsunamis, volcano, etc).

Either that, or it's something very, very naughty and I should be ashamed of having worn it in public all those years!

For your sake, and for the enjoyment of anyone who may have seen it... I hope it is something slightly naughty.

Similar topics
» Westone Strap
» Is there any place in the world, that has spare's for are guitar's
» on Reverb; Westone Prestige 250, ohsc, Perth, Australia. asking $957.29 or offer
» strap button
» Weight dispersion guitar strap