Howdy folks, via a trade, I just dove into the wonderful world of Westone. Got a beautiful red Spectrum DX that became my #1 after a few hours alone with her. I don't understand why people give the Bendmaster FT so much poop. It's a fantastic trem system and stays in tune solid. Anyways, I have a question about a mystery guitar that I once owned.
In the late 80's my first new guitar was an "Aspen" superstrat. The trem system was almost exactly the Bendmaster FT (except the lock nut on this model was in the nut position, not above it.....). It also came with pretty much the same case as my Westone, just with no silkscreen logo on it. It looked a lot like some of the early post-matsumoku Westone stuff. The closest thing I could find was a picture from a long expired online auction, but mine was black, all body mount electronics with no pickguard. So, were they also offbranding guitars that were basically westones, or what? I've seen a few of these Aspens floating around, always in the sub-$100 range.....and if it's actually just a rebranded westone, this would be a goldmine for cheap replacement parts for bridges and such, no?
Only shot I could find of an Aspen attached for your scrutiny. 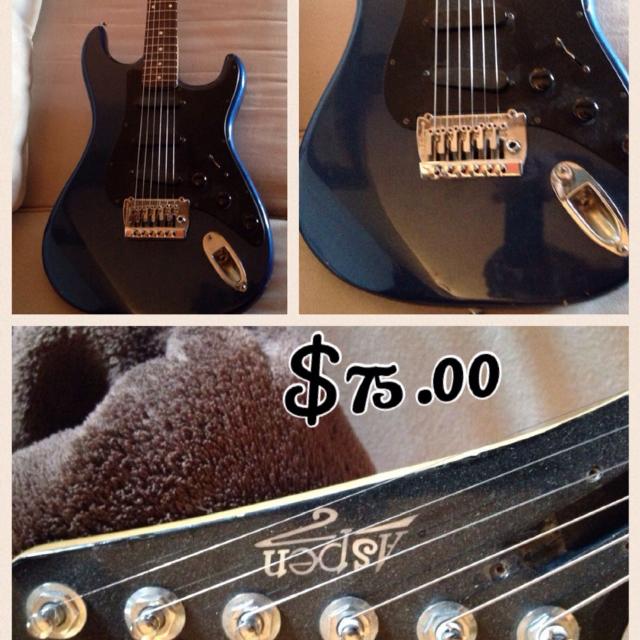 Aspen was a brand name of a distributor, the International Music Corporation (IMC), of Fort Worth, Texas
[Source: Blue Book of Electric Guitars

(edit: Damian, I reduced the font size so that you're not "shouting"

Cheers Bazza, just copied that bit of info, wondered why it was so bold!

Aspen had some nifty gear, the Japanese manufacture, that is.