Hi All, I've not been around here for a bit (too much work). I noticed a thread of a Thunder 1 restoration and I just so happen to be doing one at the moment for a customer. I thought I'd show you a particular part of it so that it may give you some food for thought. This Thunder 1 was in an atrocious condition when I received it. I'll not bore you with too many photos, but briefly, the body was daubed with varnish which was everywhere where it shouldn't have been. The guy had cut out the top horn further into the body to make it look more like a strat! Without giving any thought to the consequence he broke into the toggle switch cavity leaving a hole in the cut out. He's pushed a bit of wood and filler into it and you can see the result in the pictures below... 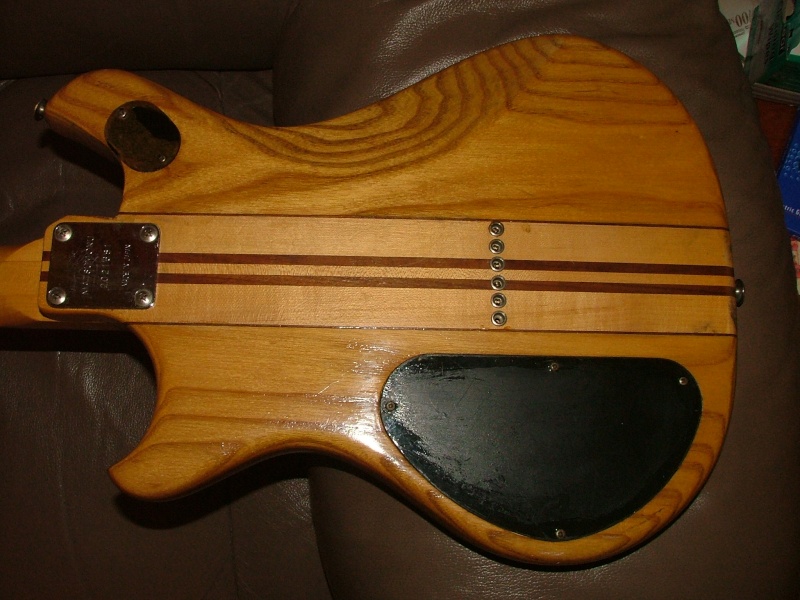 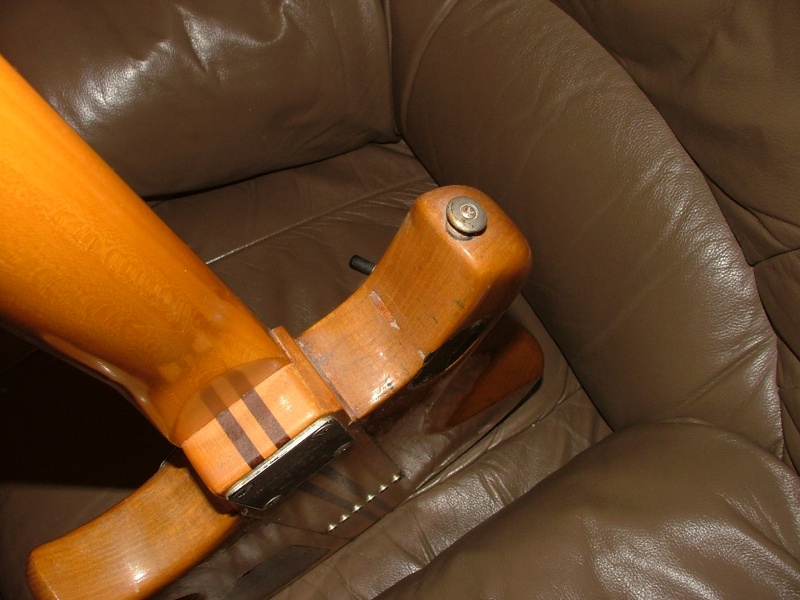 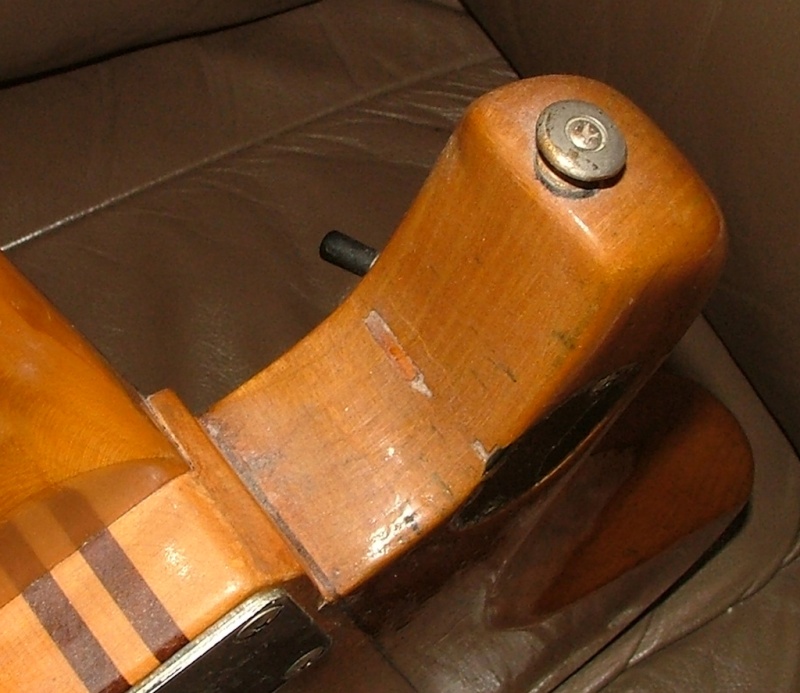 Below is the body in progress after initial lacquering. I filled the hole in the cuttaway and a couple of holes on the front of the body where he had screwed on a Les Paul style scratch plate. I have then used acrilic paints to artistically match up the colour and the woodgrain pattern to the original, thus disguising any repaired patch. Lacquered over, you just wouldn't know. 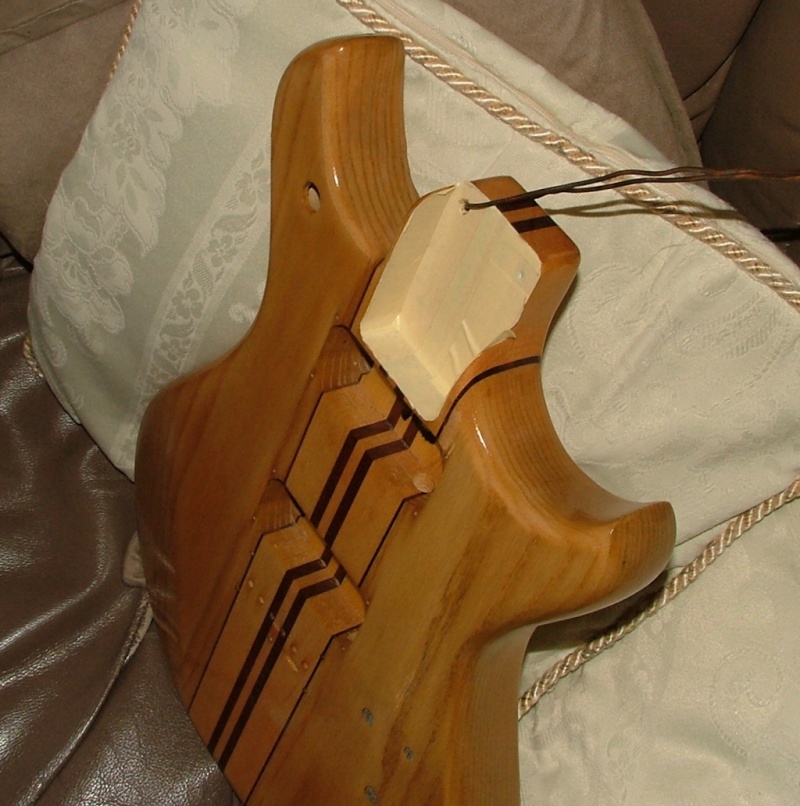 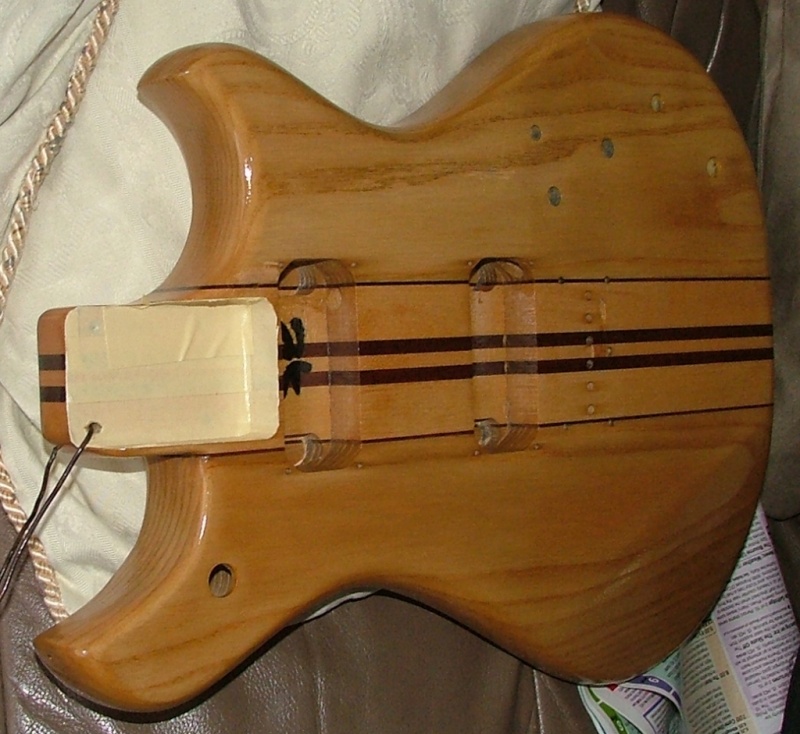 Great job on filling and blending the holes you'd mentioned. What an artist!

And Hiya to you John along with everyone else.

I know that some of you guys attempt some tricky restoration jobs from time to time and I thought I'd show you the effect of this one to maybe encourage a few of you to try it. It may take a bit of practices but its not rocket science.

What you need is some artists acrilic paints and suitable brushes. These paints usually come in tubes and depending where you buy them and can be quite cheap to bloody expensive. The trick is to fill your holes with a suitable wood filler, preferably as close to the wood colour as possible or maybe a little lighter. This needs to be sanded smooth and level to the wood surface after hardening. You will need to experiment at mixing colours of paint to achieve the shades of your wood (this is where you need to practice most). Acrilic paint is water soluble so you can mix it to a smooth paste. When its dry it is waterproof to quite a degree and will take lacquer over it without problem. Remember that wood is not all one colour, so start with the lightest shade first and then add the darker grain shades (in an artistic fashion of course). With a bit of practice you'll find it's not as hard as you may think it to be and the finished effect if done well is very pleasing. Bear in mind that lacquer will be needed as a finish, so it's not suitable for an oil finish.

Oops. Sorry, I forgot to add one little important thing to the above remedy... When you've filled and levelled the area that you want to paint, before you do, give it one or two coats of lacquer before you paint. This is just to seal the wood around that area so that the paint doesn't soak into it. It also means that if you make a mistake, you can wipe it off and alter to suit.