I have an Epiphone with worn gold plate & that's fine, My Prestige on the other hand is a different story, the Mazak Diecast Bridge & Tailpiece has been festering away for some time & if left can only get worse, it will continue to corrode away to a point that it will become week & brake. Old Diecast also becomes brittle with age anyway.

I've taken the opportunity to tidy up the rest of the guitar, you'd be amazed at the crud that builds up under the pickup covers, or may be if you've been there you wont, my pickup pole screws had started flaking & beginning to corrode so a little pile is beginning to build I've ordered some new cream Humbucker surrounds along with adjusting screws & springs as mine don't match, one had been replaced & the original one is cracked. Yes I could have repaired & painted them but.

Had given some thought about getting a small batch of Swiftlock tailpieces & may be bridges made for the Prestige & Rainbow but it could get expensive & would need one to make into a casting pattern to allow for shrinkage, wouldn't matter if it was broken. If anyone has thoughts on the mater post it here.

As Westbone says, to buy a Westone Prestige isn't cheep but they would be worth bomb if they had Gibson on the headstock, they must be equally as good & may even be better than most. 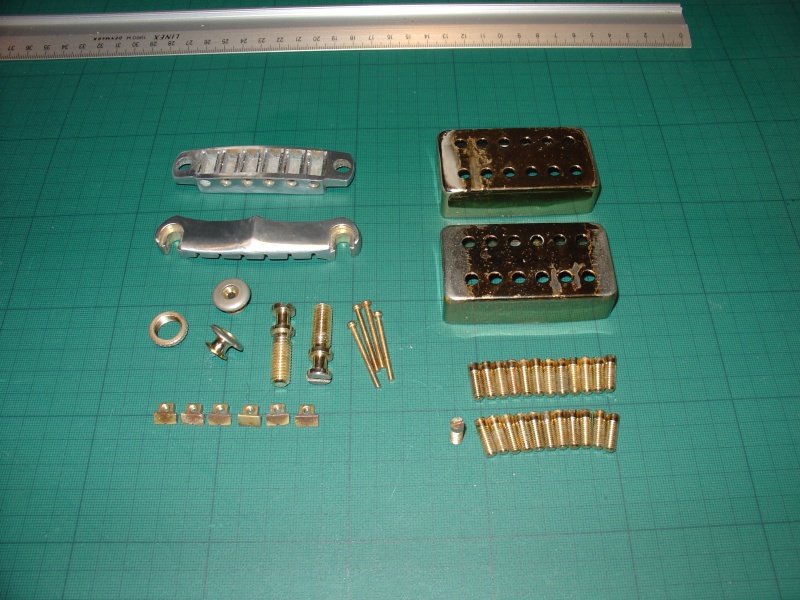 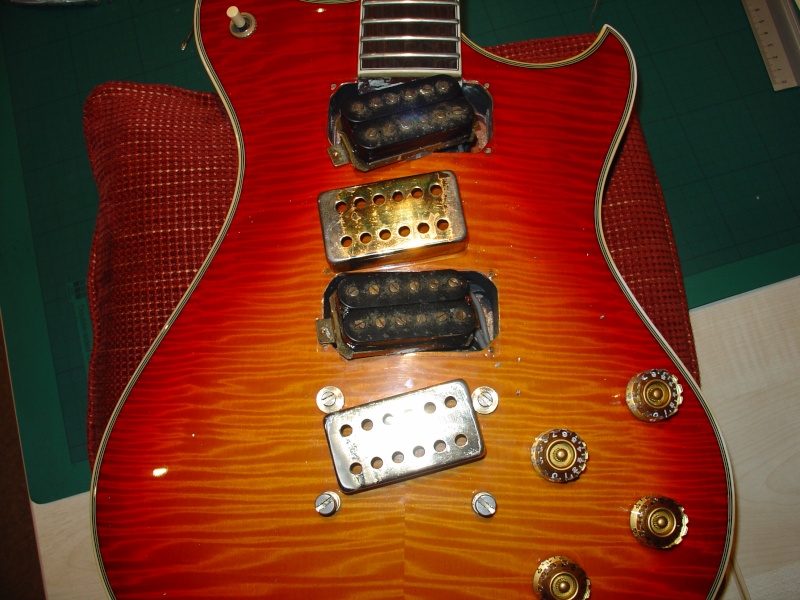 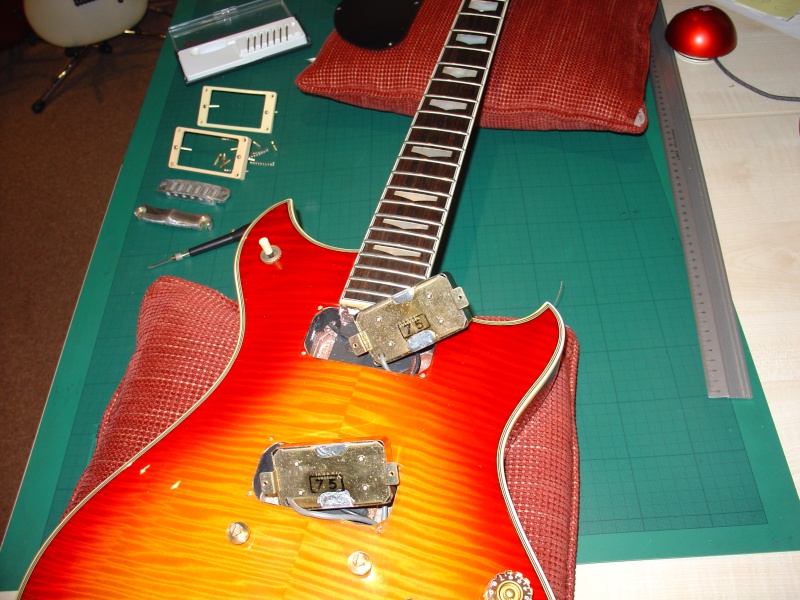 Very nice flame on that top. Never played one of these but I may add it to the list of guitars I'd like to have.

As with all replicated parts, its not the materials that cost but the set up and manufacturing. A friend of mine works for company that can scan in 3D, (CADCAM ) an object such as as a swiftlock but I haven't approach him yet because economics depend on demand. We have all seen posts that a minority of swiftlock tail pieces have failed in service , and yes, I can get them made but at what cost? Then there is the gold plating which is more expensive than chrome.

As much as I feel for those with less than perfect hardware, economically there is little I can do.

I have a thunder 2A with a Swiftlock and each day I wonder whether it will fracture. Borrowed time comes to mind here !!!

I have a thunder 2A with a Swiftlock and each day I wonder whether it will fracture. Borrowed time comes to mind here !!![/quote].........

All agreed Steve777, yes CNC would be the way to go but as you say its expensive unless someone is prepared to do the program, setup & produce a small batch, more or less as a favour.

I will be getting my Prestige odds & ends plated soon so will know the current price of Gold on Copper or Nickel plating. Westbone suggested to me he would be happy with polished Brass, leaving plating as an option. If made by CNC, I would choose Aluminium so that wouldn't be an option.

All I can say is Im dead jealous of your problem.

grogg wrote:All I can say is Im dead jealous of your problem.

Its not really a problem grogg, what else would we do with our time.

now there a thought for general discussion

Clean up a Prestige 250 if only I had one!
Top end PRS might edge the play but not the grain.

What's the problem with the bridge? It looks all good from here.... Does it have the same problem as the bridge on the Aria Pro II ST1512 where under string tension the bridge actually collapses ?

corsair wrote:What's the problem with the bridge? It looks all good from here.... Does it have the same problem as the bridge on the Aria Pro II ST1512 where under string tension the bridge actually collapses ?

The short answer is yes. If left without protection once mazak starts to corrode it turned to powder, or becomes brittle with age because the powder runs threw it like the letters in Blackpool Rock, as part of the zinc alloy brakes down, a knock can brake it just like a piece of wood when riddled with woodworm.

The bridge was quite deeply pitted, only one end but the mounting hole is now a little over size were the surface inside it turned to powder, there's not much meat between the hole & the edge. I have dressed the bridge & tail in the pics ready for plating, so yes they look alright & probably will be so long as the pitting doesn't show up again when polished, or in the plating solution.

There's only a few microns of gold plate on top of soft nickel plate, once the damp gets under it, it festers away, chrome plated die cast gives much better protection but even that circum's to damp in the end if left in poor conditions.

Though we appreciate our old guitars, at some time many became just old used items with no value, & would have been left stored in all sorts of conditions unloved for years.