I'm looking for a crazy "hair metal" looking guitar and need to know what I might be missing.

And I'm bummed, because I was outbid on this one... 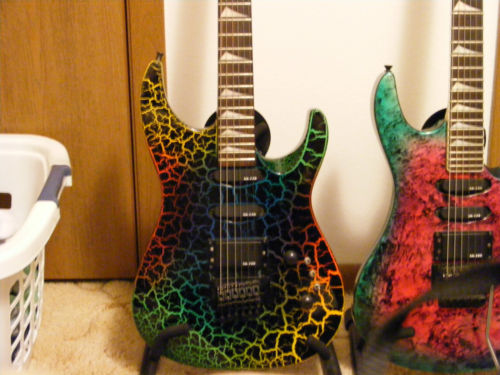 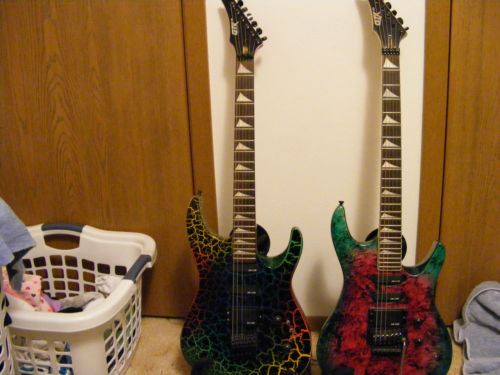 I want to see what you think are the most outrageous 80's Hair Metal guitars ever produced!

Nice axes ya got there. I also have a few crazy crackle finish 80's models Here are a few links to my 80's madness

For me the 80's were the colors, the shapes and the pointy headstocks.

There were plenty of crackle guitars, plenty of pointy headstocks and plenty of neon guitars from all different brands.

I know I just made a pointy 12 but To me, the king of the hill is this one from carvin. you can't double the neon, or double the crackle, but they doubled the pointy:

Aah now we're talking!! I am a massive fan of all things 80s: chicks with perms, hair metal, pontiac trans ams, yamaha vmax and it goes on and on.

To be honest, I don't think you need to look to far, a dim IV or even dynasty sums it up pretty well. As for colors and graphics though I think the Van Halen stuff had a massive influence throughout those good old years 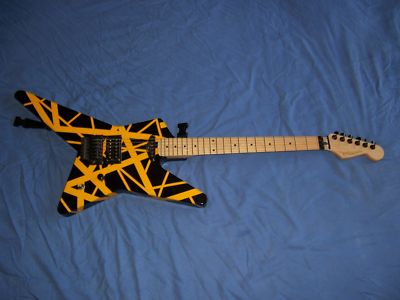 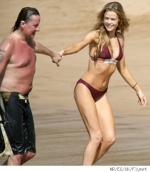 I think you have to go a long way to beat this:
http://www.jemsite.com/jem/photos/vai_axes/v_p_16b.jpg

Good stuff! That flame thing is sick. Looks like CC Deville should play it or something.

How horrible would it be to find a beat up Dynasty and cover it with a Bengal Tiger vinyl skin like they have on the Build Your Own Guitar website?! That would take an already 80's guitar to a whole new level of insanity.

Although the Dynasty isn't quite the most playable of guitars... and if I'm going to have an over the top 80's machine I need to be able to have a really responsive machine that effortless takes to tapping, harmonics, dive bombs, etc. Know what I mean? My Dana is the most playable guitar that I own, that thing is almost effortless to play (for me anyway).

Anyone ever play a Switch guitar? There the one's made of Vibracell or whatever it is. They have some crazy looking dayglow models and wonderfully insane shapes.

mortarman120gang11c wrote:Nice axes ya got there. I also have a few crazy crackle finish 80's models Here are a few links to my 80's madness


Man you got the goods Arthur!!!

Nice looking babies there, I didn't realize the Series 10 were SLM's! 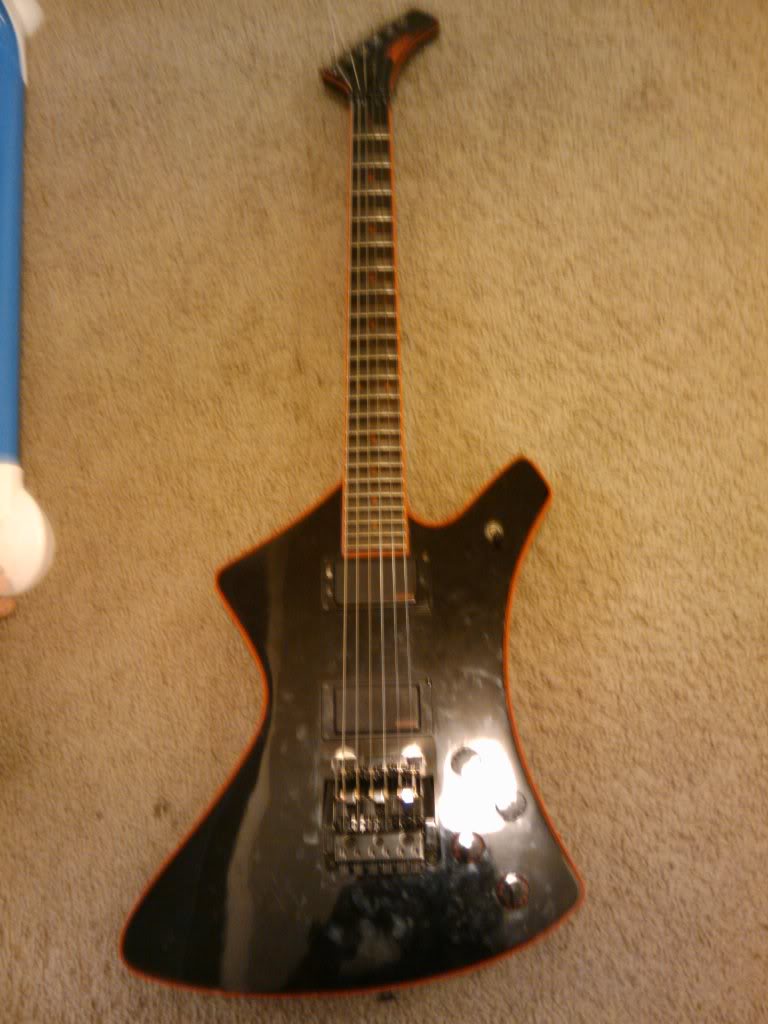 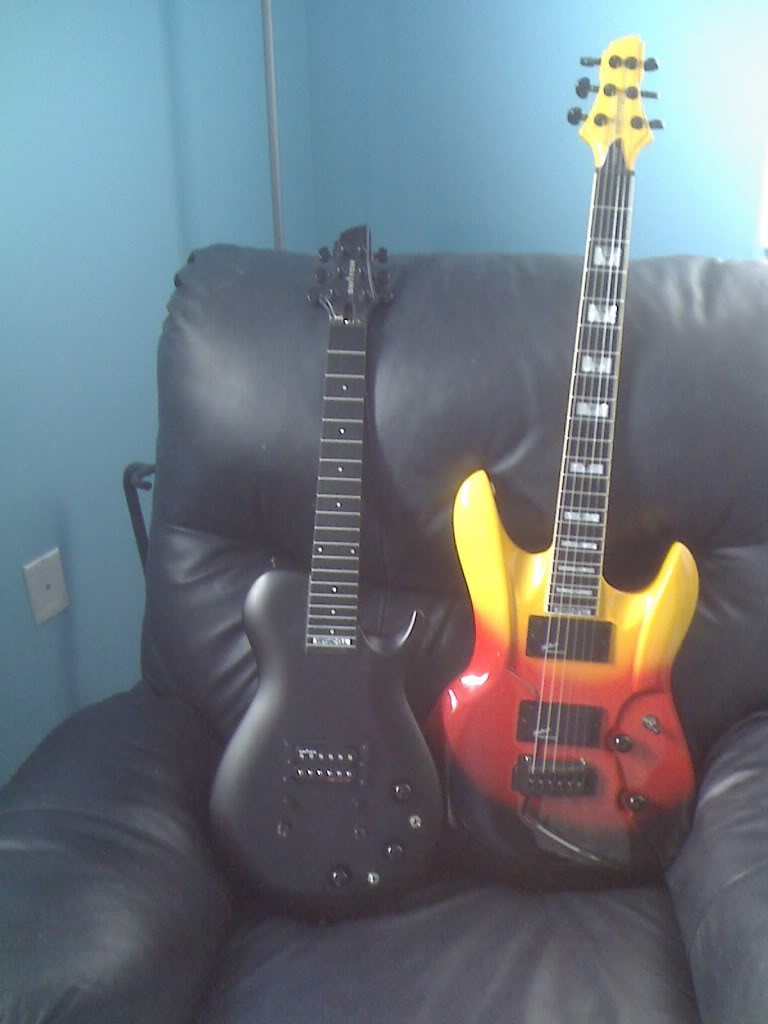 Not really 80's guitars since they came out in the early 2000's. I sold the Innovo (candy corn one, my daughter called it that) The body was extremely comfortable. Could never get the Innovo action low enough to be comfortable?? The little travel guitar is almost impossible to find. It has a built in amp for headphones. Keeping it hoping my kids would like to learn. 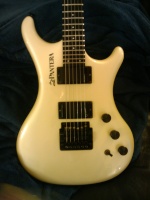 ...only ever seen one of these on the bay and that was some time ago! Though I have to say I don't very often go there these days....

Not bad, but this one owns it:

Nice one Beav! That's exactly what John is looking for oddly enough.

Oh man, that Raider II is super rare, that's almost what I bought when I'd bought my Dynasty last year! I was deciding between the Dynasty and a red Raider II. Great looking (to some...) and an Uncle Mat.

That Quest is crazy too, even more crazy than an Urchin I think!

And someone needs to buy that Raider I and send it to John, that's the color and all just like Ice said.

Remember that GTX 23 I have pictured on the top of this post? Well I was outbid on it last week and was really bummed, but I did something I'd never done before, I prayed I'd receive a second chance offer on it. And guess what happened? Friday night I'd gotten an email, for the first time in my 150+ ebay transactions, I received a second chance offer! For the guitar!!!

Seriously, how cool is that. So I paid for it yesterday.

Sometimes all you gotta do is ask.

Sweet Chad!! So you're timing was just out of sync is all. That is great news.

Did anyone else notice in the options for the Carvin the ship charges? $10 UPS @ 35 total pounds?!?!

How old is that spec sheet?

Well my GTX 23 is coming tomorrow supposedly, and I'm excited. It's not the greatest axe in the world, but it's unique. Hopeully it doesn't sound like crap!!!

And my Carvin V3m came yesterday.

So far I hate the overdrive channels, but the clean is amazing. I'll fool with it tonight and see what I can get out of it.

That is indeed a great score on the Peavey. You will like the way it plays and sounds. Here is a shot of my T-60
[img] 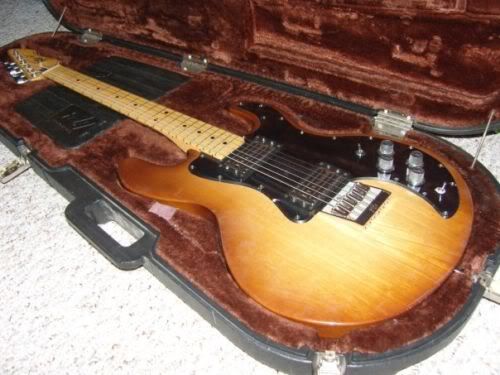 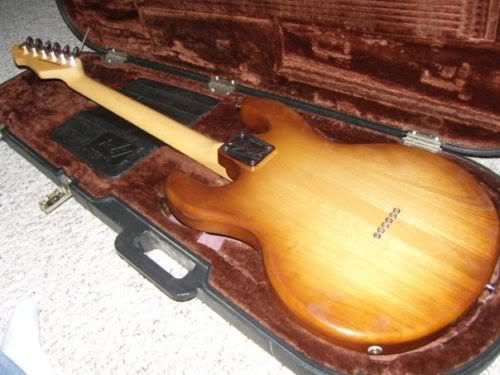 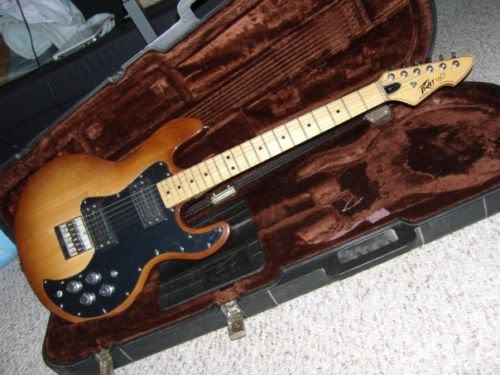 This is my pearl pink 1984 Horizon II Custom. 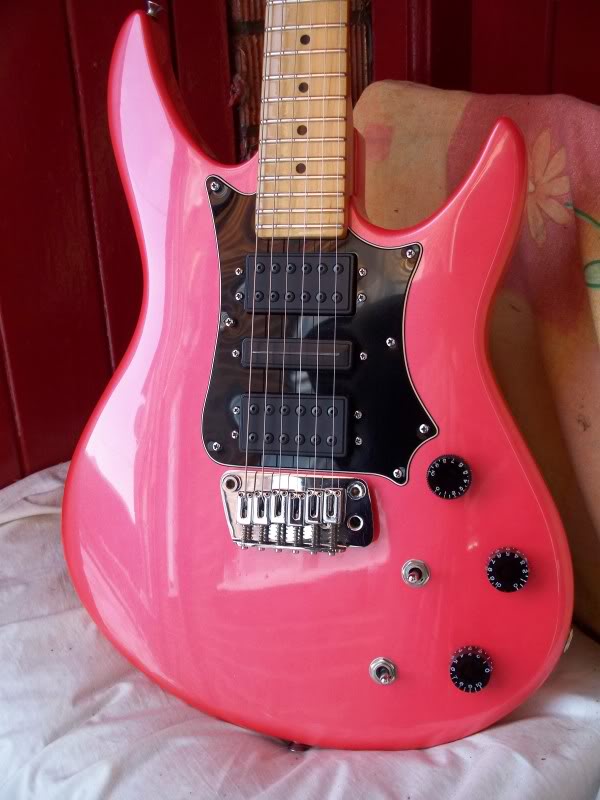 mortarman120gang11c wrote:That is indeed a great score on the Peavey. You will like the way it plays and sounds. Here is a shot of my T-60
[img]

yeah....i guess pix can wait "CUZ THAT IS EXACTLY THE ONE I GOT!"

This is my pearl pink 1984 Horizon II Custom.

WHICH REMINDS ME OF THE TIME i brought home a peavey hydra double neck that color.........have i told thid story already?

That Horizon is super cool. Pink!!! When I think of a pink guitar, I always see the Vandenberg... 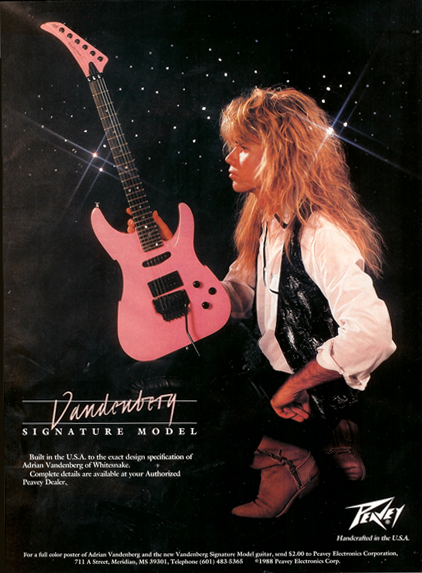 
Westone made some sweet 80's colors too, like on the Corsairs, Spectrums, and of course the Dimensions (not Dimension IV, but the 1989 Dimensions). I really want a Dimension!

And my GTX comes today... let's see how great or crappy she really is! At least I know she looks good... which reminds me of dating.

The Chad wrote:... and of course the Dimensions (not Dimension IV, but the 1989 Dimensions). I really want a Dimension! 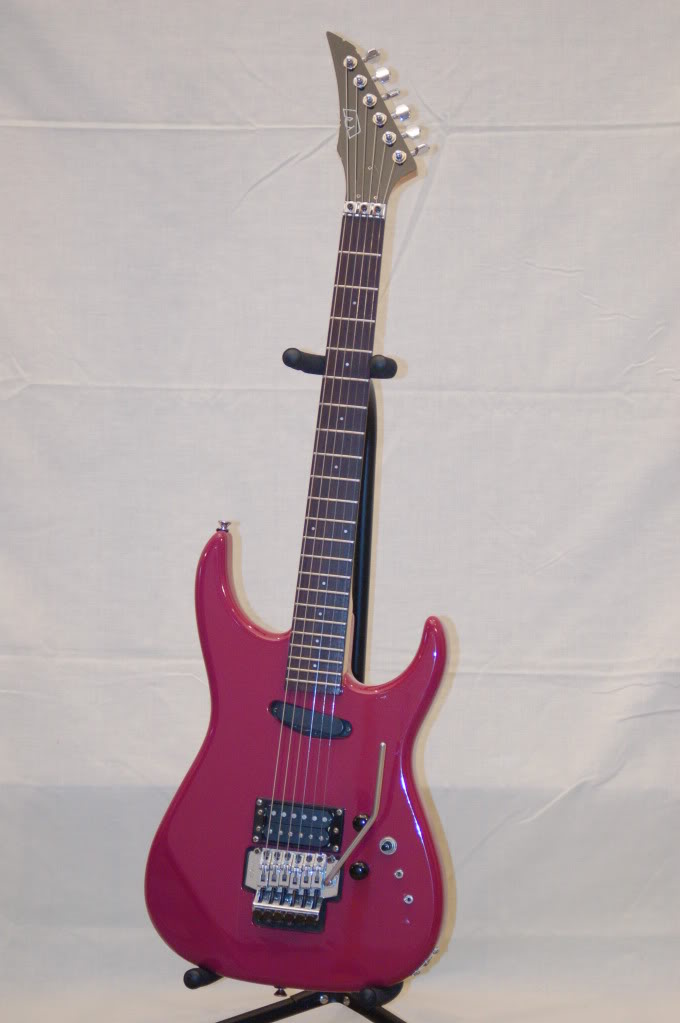 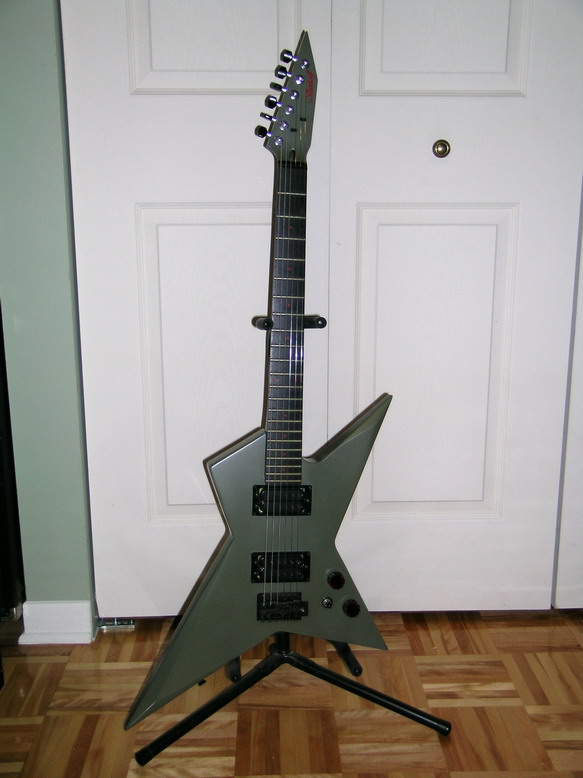 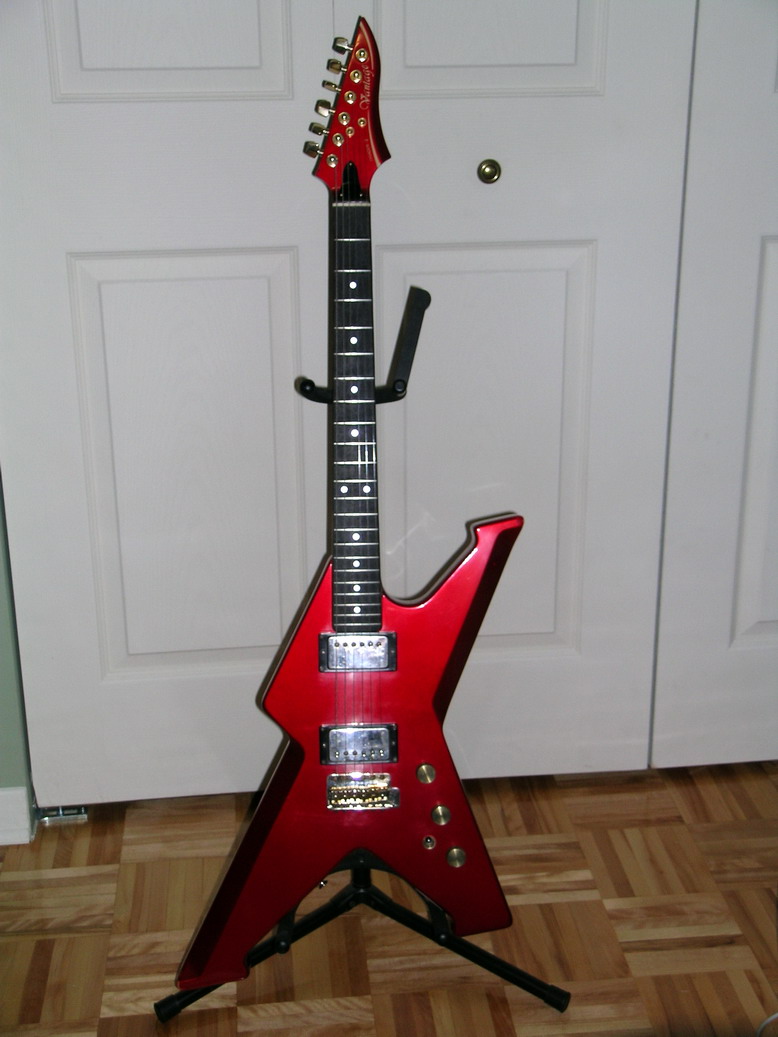 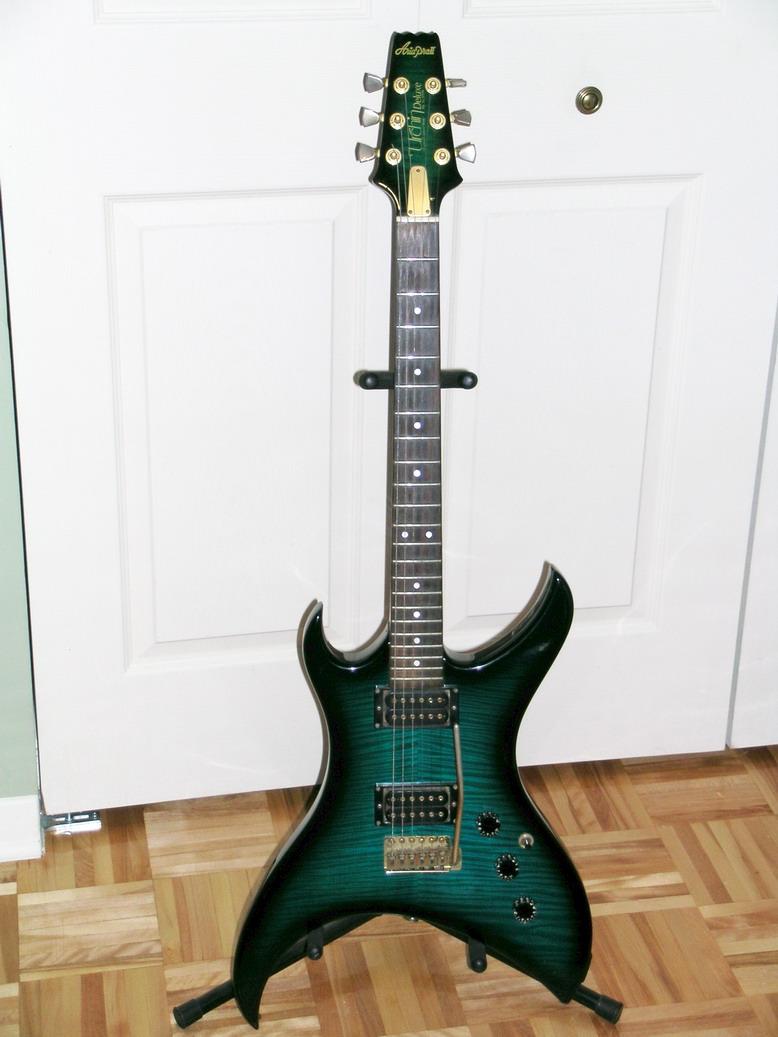 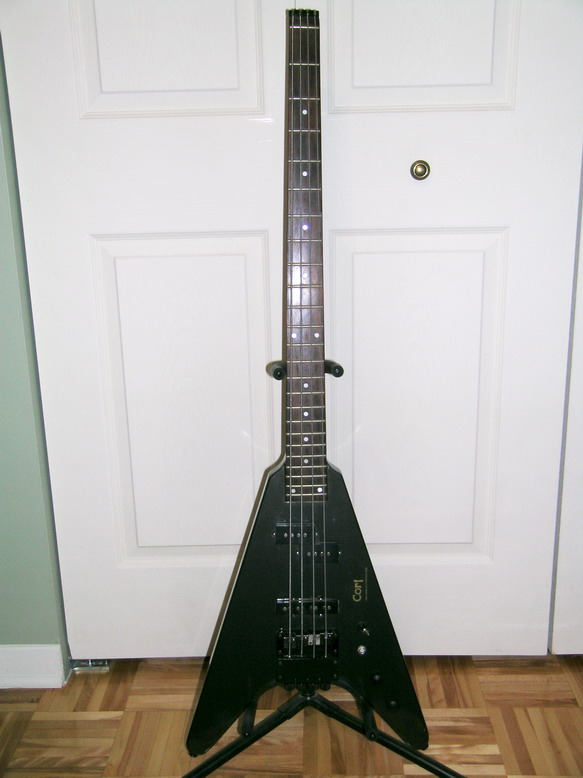 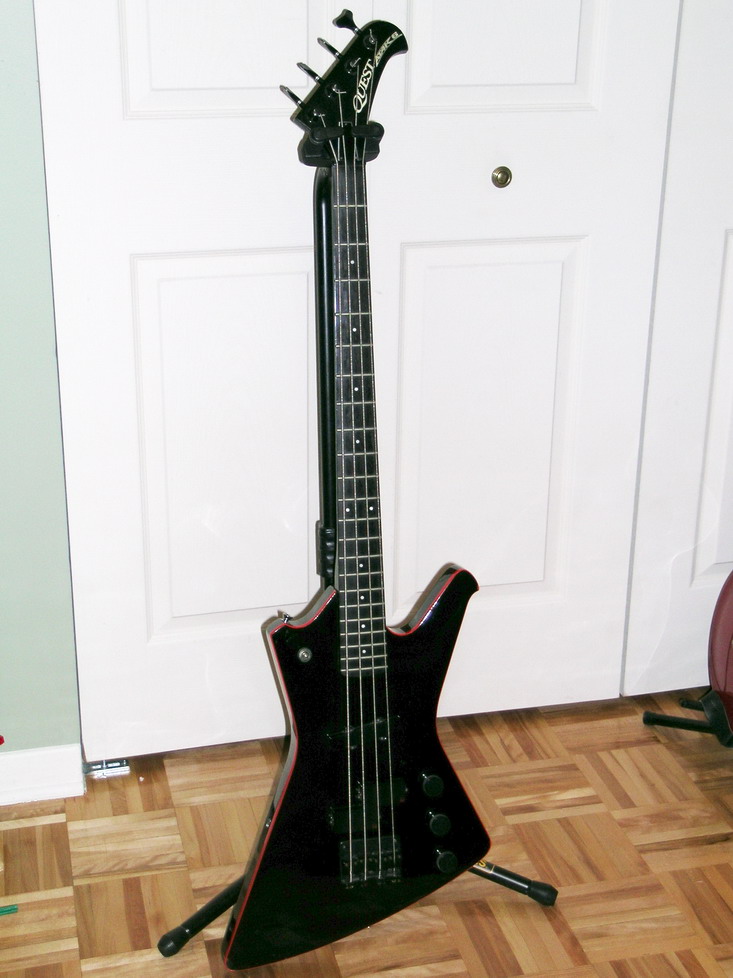 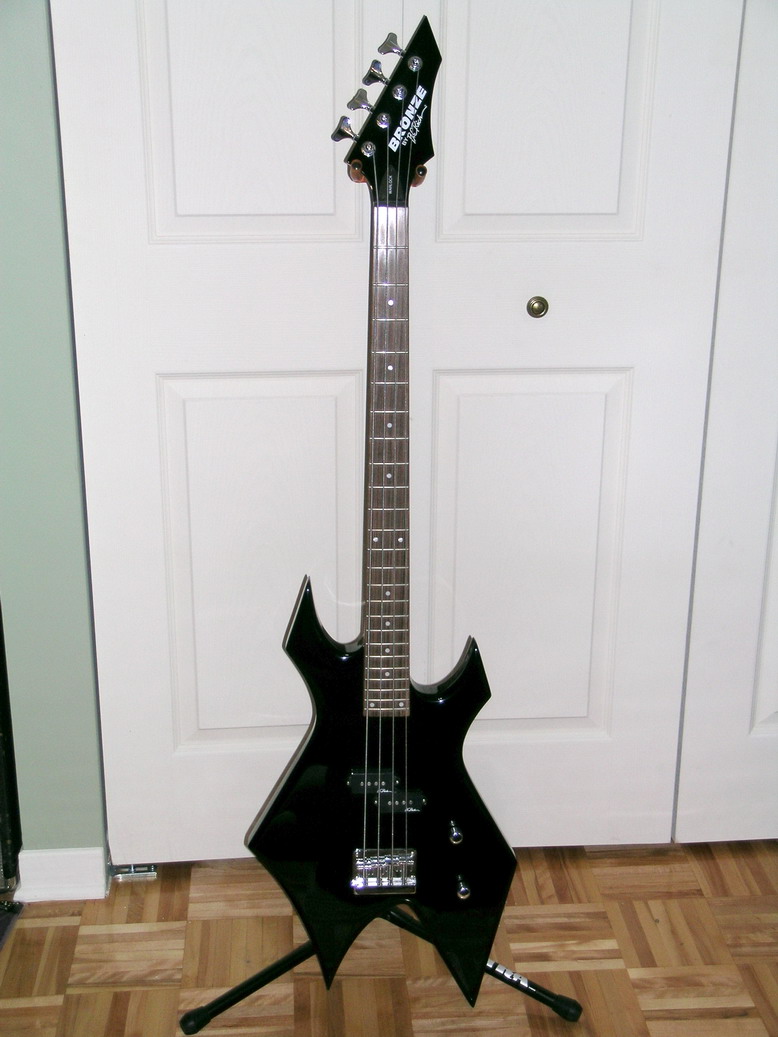 corsair wrote:Nice, Pierre.... I've got an Urchin and an Invader too!!

Frenchie: Nice axes! What model is that starish Vantage?!

How is the GTX?

I've heard they are plywood guitars. Yet some plywood guitars can actually sound and play pretty good. I never had the courage to grab one, so you can be the pioneer to let us know if it is safe.

I've heard they are plywood guitars. Yet some plywood guitars can actually sound and play pretty good. I never had the courage to grab one, so you can be the pioneer to let us know if it is safe.

Unboxed it last night and began to jam on it a little. Only a little though, due to shipping damage.

The guitar was MINT, but during shipping the headstock point was busted off, and the fretboard was separated from the neck up to the 12th fret!!!! And the inlays are popping up. So... I contacted the seller to tell him. Really stinks.

Besides the damage, this thing surprisingly sounds pretty dang good for a cheapy!!! The humbucker has bite, it's a little meaty too. Sounds great under distortion. Really shocked me. The middle pick up is somewhat bright too, and even the neck is brighter than I expected. The neck pickup produces a good swollen sound in the magic area of the neck between the 12th and 16th frets like I like to hear. The singles do make noise if too close, so ya gotta be a good 6 ft. away from the amp if you're not using the humbucker. I like the individual toggles for the pickups, super cool and useful. I like the neck, very nice. It's a D shape, a shallow D. Super comfy. I think the frets are a medium jumbo. And it's SUPER light. The body is a little large, and the head is a little small considering, but I really like it. SUCKS that it's damaged like it is!!!

The trem is weird. It could use a Floyd. Overall it's a cheapy that sounds and feels real nice! I would gig with it no problem.

Man, I hate to hear this kind of stuff... Real shame. Hope you can fix it up ok.

beavis wrote:Man, I hate to hear this kind of stuff... Real shame. Hope you can fix it up ok.

Frenchie: Nice axes! What model is that starish Vantage?!

You can see it in more details here:
http://www.matsumoku.org/ggboard/viewtopic.php?f=13&t=8575

Similar topics
» Top 3 guitars
» Guitars I want back!
» Something Different to Hang Your Guitars On!
» Lado guitars?
» Fernandes guitars?