I posted in the Ebay section a link to a bass case the other week, but didn't buy it as the seller wanted pickup and I couldn't get to the North to do so, even for it going at £30.

I have a Thunder III (see member's Westones area) and I desperately want a hard case to keep it safe whilst being shipped to and from gigs. Are there any hanging around in people's lofts, garages, back rooms, that are surplus to requirements? Please PM me with details. Am willing to pay a decent price with shipping.

Obviously I could go and get an off the shelf and cut the foam to fit, which if nothing comes out of the woodwork I guess I will have to do, but an official case would just make the guitar perfect! 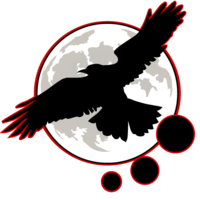 Hahahahahaha - you and the rest of us, bro!! I was lucky enough to pick up two Westone cases in NZ for about the equivalent of £10 a year or two ago; they ain't that price anymore!! Mind you, I also tend to use my flight cases when I'm moving the guitars about; the OHSC are there to store the guitars in generally.

I would recommend flight cases, cut to fit and then go on looking for an OHSC....

Yup, thought as much.

My grandma always said: "If you don't ask, you wont get", so my request is out there, and if you ever want to get rid of a OHSC, I have family in Guernsey (although, you appear to talk Oz & NZ a lot, so maybe you are no longer in Jersey...).

A flight case is likely to be in my near future when I can get to a decent location that sells them (anyone have a reputable retailer in the south east of the UK?) and a man can dream, can't he? After all, the Westone appeared in my hand one day, followed by a friendly 'elf' supplying a trem arm that was missing...

How true; my motto is that I ain't gonna die not knowing!!

As for the F/C, keep an eye on eBay, and I found Thomans in Germany very good to deal with...

Yup, I have bought a lot of gig gear from Thomanns.de and it has all been cheaper than elsewhere and very well supplied.

I will take a look. Want to research exactly what I need first, so will trip out to a shop to touch in the flesh first, me thinks

The guitarist in my band bought a Westone Thunder 1A recently (after playing mine... his Les Paul Studio is possibly going on eBay...) and, when he took it to a local guitar shop for a set up etc, he had a rummage about in the old guitar cases. There at the back was a branded Westone one in brown, unused and dusty. They let him have it for £15. Puts the Git in Guitarist....

There you go... I wonder, too, if the Westone cases are the same for the whole range of Thunder/Spectrum; those slimline Spectrum cases really are good 'uns. Thorn?

Don't know if there's any difference, the only original Westone cases I've got are for basses.

Dreamraven (coolname BTW!) might be worth a look at flightcasewarehouse.co.uk.

I've only used 'em once but their prices + service were good and they sometimes have "deals" going.

My '84 Spectrum II guitar although having a body shape identical to a Thunder does not fit in an original Thunder case. It is about an inch too long..dunno about later Spectum's cos I don't own one.

Is the Spectrum too long, the case too long or the Thunder? Is it the body or the neck?

There is a deep and meaningful reason behind my name, or you could read that as 'dull & pretentious'!

I will be following all your leads and ideas, all good so far. Still want Westone box!

Sorry it did sound a bit confusing...the neck on the Spectrum II is about an inch too long for my Thunder case

Additionally, Thunder headstocks are 3+3 while Spectrums are 6 on one side, if that makes a difference. 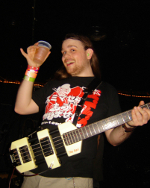 Bass-wise I have one Westone case which fits both a Thunder 1A (22frets) and Thunder Jet (24frets). Haven't worked out why - maybe they make the cases out of the same stuff as Dr Who made his Tardis.

That does look good. On my 'possible' list. Let me know how they go. What guitars are they going to be for? Or just 'any'...

2 x Spectrums; the LX and the MX which is due any tick of the clock!

Went to 'Oasis Guitars' in Ringwood at the weekend. Almost no old guitars, just the usual Fender Teles and Strats.

They only had new hard cases (so no lucky Westone finds), which were identical to the one linked to by Corsair. I negotiated a purchase at £45, which meant close to the same I would have paid with postage through that link, and I got it immediately, along with supporting a very good long standing independent guitar shop (I also bought some other ancillary useful stuff like spare cables, plecs, etc, etc). The case certainly does the job of protecting the 'tar and it fits it perfectly (as long as you put the trem in the right place).

The guitar tech there was surprised by seeing the guitar, had heard of the Westone Thunder's reputation, but thought mine had been modified, as he thought the Thunder came with two humbuckers. I put him right by saying mine was close to original, and it was a different earlier version of the Thunder that came with Hum pups.

Still on the outlook for an original Thunder hard case, though!

Is there a source for guitar brand stickers? I would love to put a Westone sticker on the hard case to at least make it a little 'on brand'. As I also have a number of 'unusual' guitar brands in my stable, if I could get stickers for them too, that would be cool.

I think I can bring this thread to a close.

Went to pick up the box from where the postman put it, and thought 'is there anything in this?'. Got the knife out and opened the very well packed box, removed the case from the cardboard, following the thought 'that case appears to be a little small for my guitar, in fact, it is smaller than ANY other case that I have', followed swiftly by 'Coool, it has the Westone logo on it...'.

Got the Thunder from its stand, opened the case, placed the guitar inside, totally expecting to 'just not quite fit'. Slotted in warm and smooth, as if it had been made for it (which I guess it had).

Now, as I have noted elsewhere, further up, I bought an 'off the shelf' contemporary hard case from a music shop at the beginning of the summer, for a little less than this case cost me, including postage. The contemporary case is certainly more robust, padded, and generally gives the appearance of being able to do a better job of protecting the guitar. You would HAVE to say, it is a better case, for less money. So if you are seriously looking to protect your Westone for gigging out and general 'throwing it in the back of the van', a contemporary case is going to be the better bet.

BUT, the Westone Thunder, from what I can gather, was never a 'thousand pound guitar', in a similar vein to my Gibson Les Paul, so the case that would have come with the guitar is not going to be equal to the case that comes with a £1000 guitar, added to the fact that it was produced in 1983, when materials were not as well advanced.

The other point to make is that neither case I have allows me to pack the guitar with the tremelo arm in place. The Westone case has a pocket placed under the neck which the trem arm fits in perfectly, along with a couple of packs of strings, a strap and a few plectrums.

My 'contemporary' case doesn't have the pocket, but has a 'divider' where the trem and strap can sit. The strings could stay there with no issue, but there is no point putting plectrums in the case, they may as well stay in my jean's plectrum pocket.

As I have yet to find a use for the trem in my playing, it looks like it will stay safe in the Westone case pocket.

My Westone Thunder with its new case, successful setup, clean and polish, its donated Tremelo arm (thanks Thorn!) and regular weekly crashes through my Traynor YGLIII 70s valve amp is now as close to concourse as I am prepared to take it! I can hear it humming to itself now!