Tony worked with Tom Presley & was immortalized in the attached picture below as he met all the super-stars and signed the highly coveted FarmAid Westone guitar.
-----
Bryant) What was it like meeting all those stars in the FarmAid signing?
-----
TONY: "It was really amazing meeting with willie Nelson who gave us a signed letter to show to everybody and anybody that we were legit and they should help sign the guitars to raise money."
-----
Bryant) Do you feel immortalized by being a signer on that highly sought-after FarmAid guitar?
------
TONY: "No but I feel privileged to have been at one of the first big concert humanity events. No one will ever forget the first farm aid or live aid."
------
Bryant) What was it like to work with Tom Presley?
-----
TONY: "Tom Presley is a genius and one of the best people in the industry making products with true benefits for consumers."
-----
Bryant) What was it like working for Ampeg?
-----
TONY: "I love my time at slm bringing ampeg back from the dead (bankruptcy).
Clearly the entire young SLM team including sales, marketing, advertising and especially engineering and USA manufacturing didn’t realize we were rebuilding a brand and product line that quickly became the market share leader for decades to come!"
-----
Bryant) What was your favorite Ampeg guitar and amp?
-----
TONY: "As we were developing the “Diamond Blue “ reissue series, I had Jerry Proctor make an awesome custom one-of-a-kind dual cut guitar that kind of became a Mr. Potato guitar. We changed pickups, Trem systems and other mods as we tried out amps for artists and ourselves.
Favorite amp by far was the original SVT-HD slm production run.
Unheard of for SLM to incorporate so many firsts in our manufacturing processes!!!
All tube original technology but a critical eye to manufacture, testing, redesign that made those 500 limited pieces the best hand made/line made tube amps ever built!
Kudos and thanks to Gene Kornblum, John Karpowicz and the entire SLME and SLM crew of that heyday!"
----
Thank you for your time & everything you did for SLM Tony! 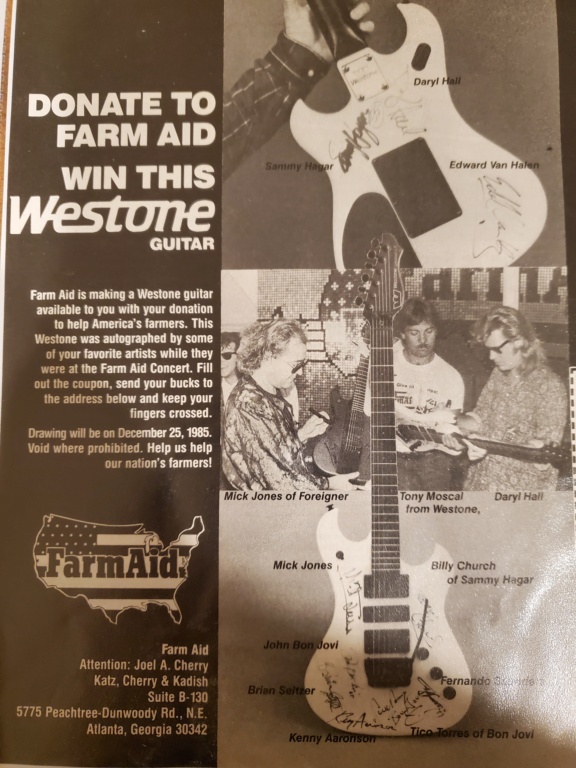