My amps and other gear are still in Queensland - long story! - so to hear what I'm playing, I paid a paltry sum for a Peavey Rage 108, which I've found very good within its rather obvious limitations; certainly suitable for my purposes and oddly, it sounds absolutely killer through headphones. So, pleased with that.... so feeling the need for some reverb etc. I happened upon a Behringer Mini FX unit for a ridiculous sum, and after reading all of the negatives about Behringer the man, the company and the gear, i bought it. Very pleasantly surprised; lush reverbs and delays, plus flanging, phasing and other modulation effects, all programmable, and - oh, joy! - a wondeful rotary speaker patch; many hours of whooshing around the place!!

Which leads me to this... I've been reading about modelling amps like the Boss Katana et.al. and a Behringer V-ampire LX210 appeared on the local buy/sell/swap and sat there for a fortnight, so I put in a lowball offer through, and to my utter surprise and astonishment, it was accepted!! Anyway, I have it here and am quietly reading through the manual and finding out what it can and can't do; it can do plenty, though I'm not sure that some of the patches are that accurate! Some, however, are absolutely bang-on, so it's a learning curve and I figure for the amount I paid for it, I cannot really go wrong. But, gee... there's some ugliness written by people about the brand, and even if half of what is said is true, it wouldn't be the best business model to follow, though Uli Behringer has obviously done very nicely, thank you!! 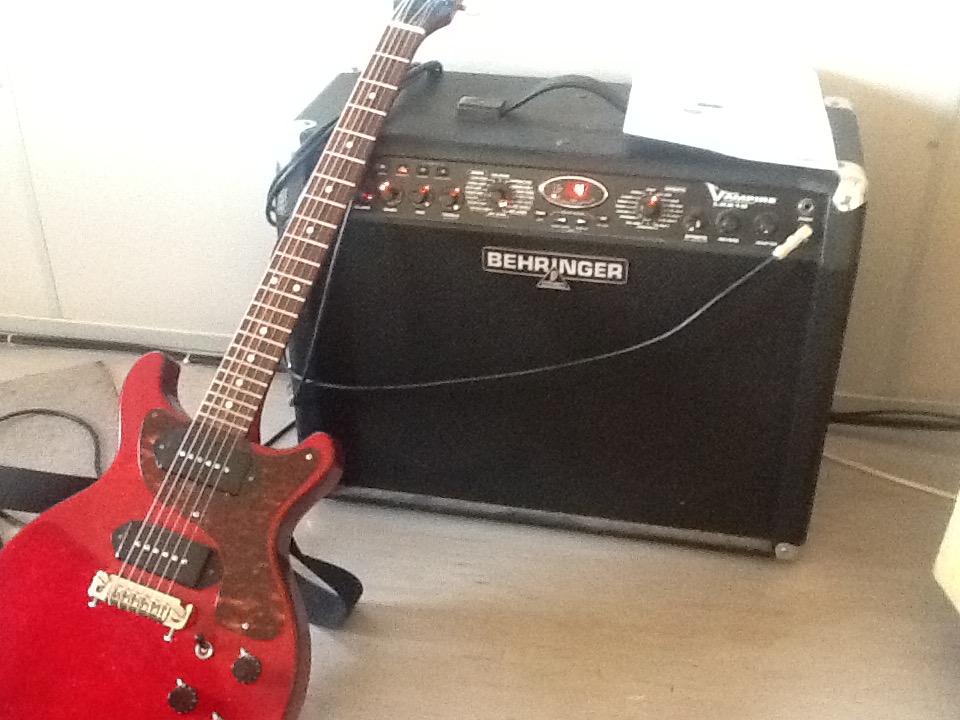 I figure that when all of my kit appears up here, this can go straight to the desk via the balanced direct outputs provided - even the tiny Peavey has a direct out! - and thus give me a flexibility I previously lacked!

Has anyone had anything to do with modelling amps of any stripe out there?! I know I'm rather pleased with the kit at the moment, and as a bonus, the LX210 has a broken knob and lacks a footswitch, so I get to piddle around with stuff as well... win/win!
_________________
".... and on the eighth day, God created New Zealanders.

Very nice mate - I have had a Behringer Vampire LX210 for over 10 years now. My son is still currently using it. I have recently replaced it with Line 6 Firehawk 1500 which is quite a Beast. Love my modelling amps - great if you dont have space for lots of Amps and pedals and also so easy to switch between patches

.... one of the knobs is missing and the stem has broken off inside the fascia so after a little thought I came up with a 'cheap bastid' fix... herein;
I took a spare knob I have laying about here that was from a pedal project, sanded down a piece of dowel to an interference fit with the knobs' fixing, then cut a piece from a cheap ballpoint pen barrel to use as a sleeve over the top of the dowel and over the top of the remaining piece of the original stem.
Et voila! Cheap and cheerful! As an aside, these aren't potentiometers but rather rotary encoders, and they would have to be the cheapest Behringer could source with plastic stems, eh!?!
_________________
".... and on the eighth day, God created New Zealanders.

Nice work - theres a broken knob on the LX210 my son is using as well. Cant remember which one but I have the knob so will try gluing with maybe a sleeve inside to strengthen it. Whens hes finished with it I was thinking of selling it but doesnt sound like they are worth much eh ??

Hang onto it, Paul; I picked up mine for $65 for a really nice example - less the knob situation - so they're pretty much worthless!
That said, there are some great tones on offer once you get to grips with the way it operates and figure out that resetting every patch to factory and only then, start dicking around with the parameters. 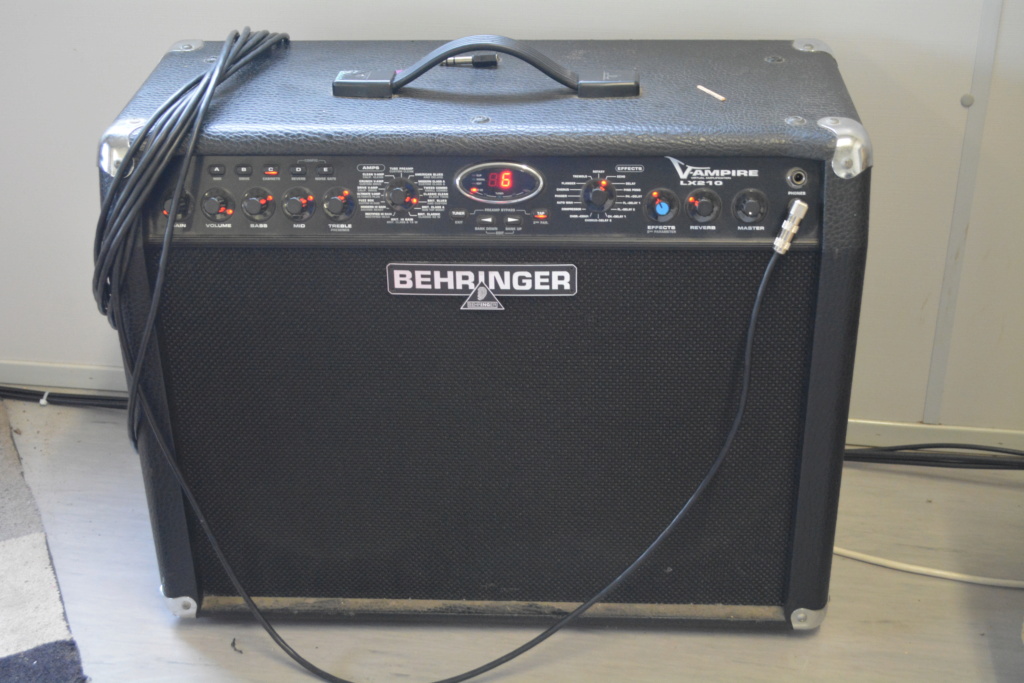 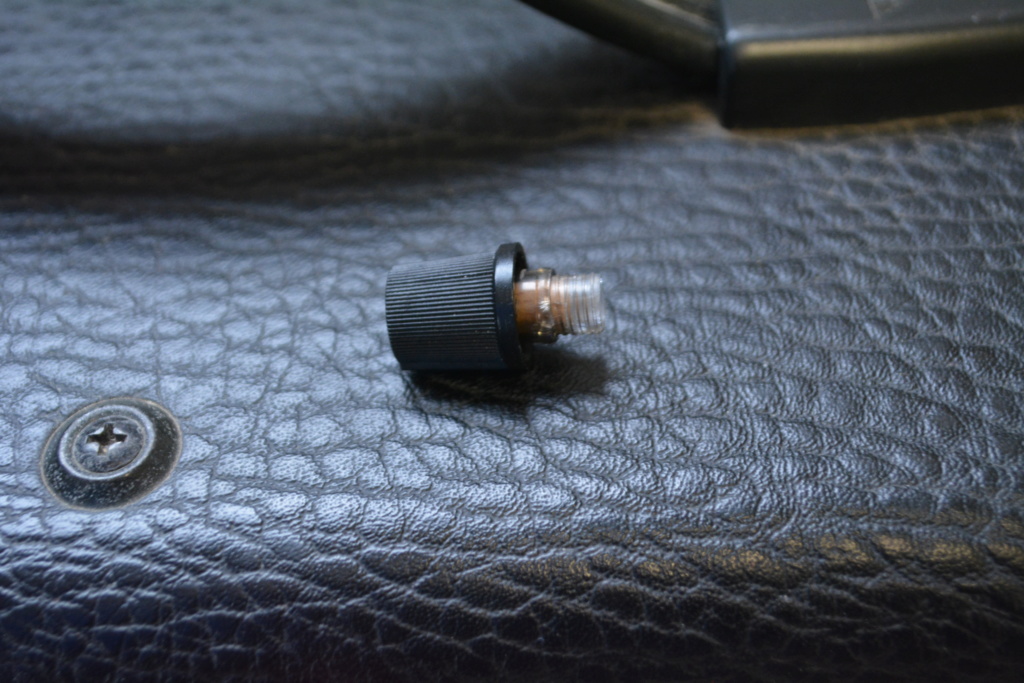 Yeah John I think I will hang onto it, at $65 not worth selling. I seem to remember having mine connected to my PC via a midi card and cable and being able to download patches from a Behringer forum. There definitely were some great patches I downloaded and pretty sure they are still stored in there, Doubt if that feature is still supported.