Refurb or leave as is

Refurb or leave as is

I have a 1983 Thunder 1 which I've owned from new. Would it be sensible to refurbish the body, electrics (renew the pots/capacitors), brass bridge, brass control knobs, or leave all in their original condition?

Speaking only for myself, a guitar is meant to be played. I'd prioritize keeping it in working condition if I intended to play it at least semi-regularly. If I just want some wall art, then I'd leave it alone.

Unless I'm actively restoring or rebuilding an instrument, my credo is "If it ain't broke, don't fix it!"

That said, if restoring it would encourage you to play it more often, then have at it, but be aware that any perceived value that it now has as an original guitar would be lost.

Thank you both for your input.

Your comments have made me realise it wouldn't be the same guitar if it was 'shiny', the main part that worries me a little is the bridge, but that doesn't affect the way the guitar plays. The only other thing is the 'single coil/humbucker switch', I renewed that many years ago, but it's a three position rather than the original two position, I had a look on amazon today for a replacement, but couldn't see a switch I could be sure was correct.

I'll take your suggestions and just give the guitar a cleanup. 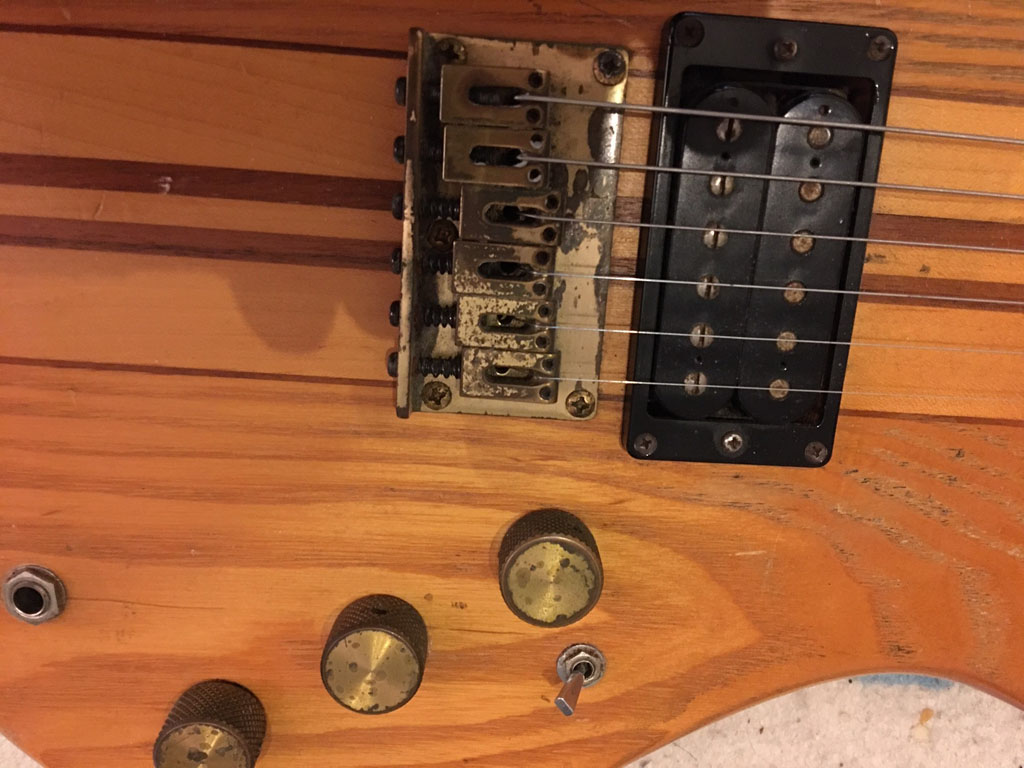 Matsumoku used a lot of brass in their earlier models, mostly because they had good access to it.
It works well, and is quite decorative.
Um, until it isn't.

It can look bad, but that is mostly the factory sealer used to stop tarnishing. It wears off eventually exposing the metal to the air but doesn't affect the metal or function at all. Some elbow grease and a good cleaner/sealer will make 'em shine again. No need to replace.
_________________
"A little song. A little dance. A little seltzer down your pants." -Chuckles the Clown