nothing much to say, everybody knows these are among the best ever.

and this one seems to be in superb condition
has a Plek setup too (~$400), which i can attest to, is a first rate setup

a rare opportunity for our brothers down under

Mmm That does look nice.

Not for this little black duck, I'm afraid... far too spendy for me!

Besides, if I were to have one, I like those ones that Damian has; the blue one and the red one!!

corsair wrote: the blue one and the red one!!

Hard tail for me please...

I'd be happy to even SEE one here!

I just joined the forum and actually bought this guitar, it turned into quite a process. I bought an Antique Cremona  Prestige 250 in 1986, I lived in Kalgoorlie West Australia. My daughter really loved that guitar and when she turned 18 in 1994 I gave it to her,  she then went off to a musical institute in Sydney. After a while I though great guitar I miss it I'll buy another, after about 20 years of not finding one I had given up. I was actually at my daughter's place in Melbourne playing the Prestige and thought I would have a look around and see if there were any about, I found the one in Perth (I live 150 km from Perth) and contacted the guy immediately, he said - I sold it yesterday!!! I said can you contact the guy and see if he wanted to on sell it or swap it for a Strat (I have 7), after a few days I called again he said - Oh I forgot, but then contacted the buyer who called me and said yes I will sell it but would need to make $100 on it, I said I'll give you $200,  He then said it was still in Perth so I called the original seller and he said - I have just sent it Brisbane, which is in Queensland on the other side of Australia. It cost another $120 to get it back, $1220 all up, but after 20 years I am a very happy Prestige owner, so two in the family now, a bit long winded but it seems if you have a Prestige you hang on to it!

Good on ya Gazbo, that's wot ya calls "Love"!

Great to have you with us.

Now...pix or it didn't happen! 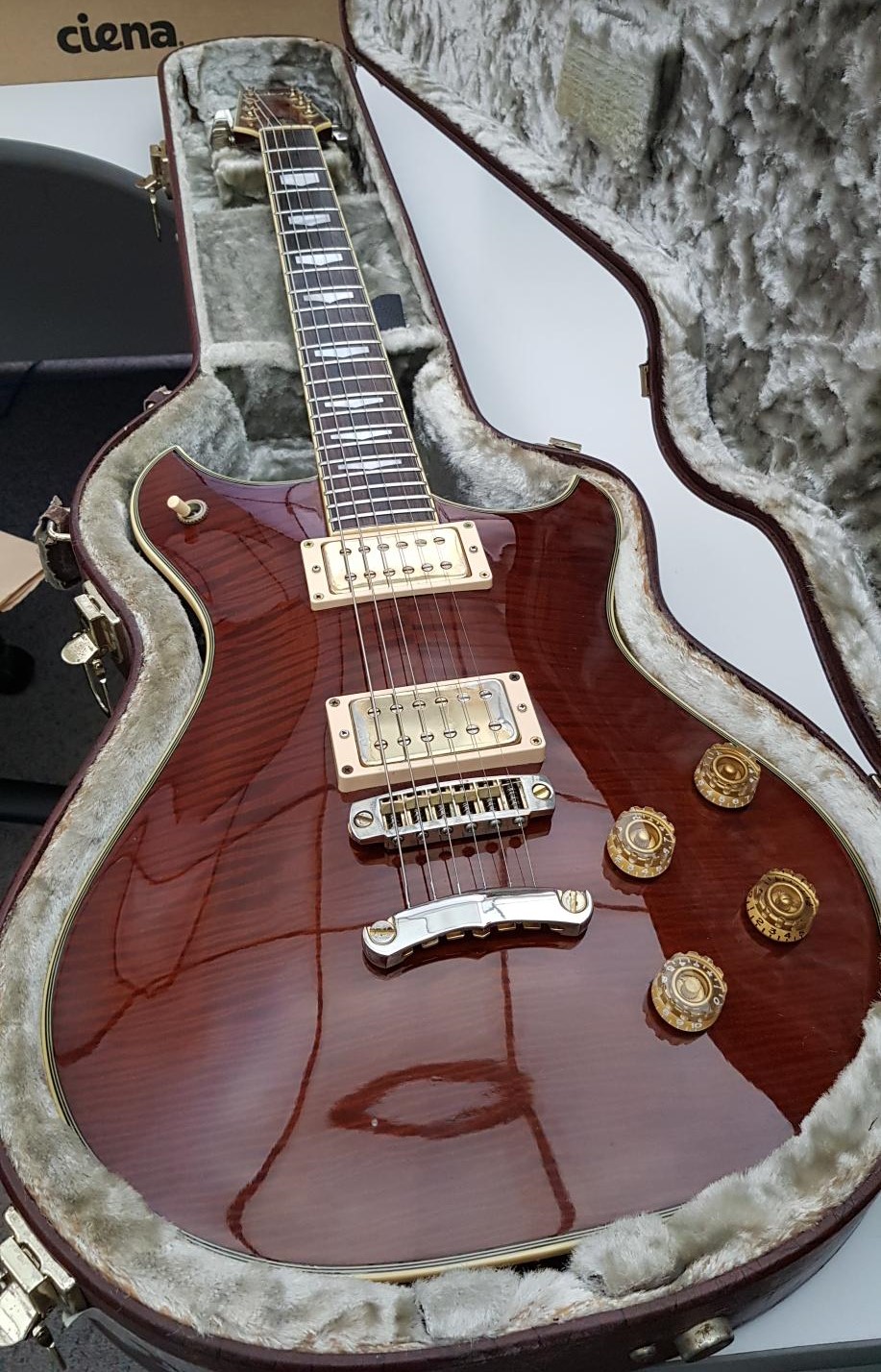 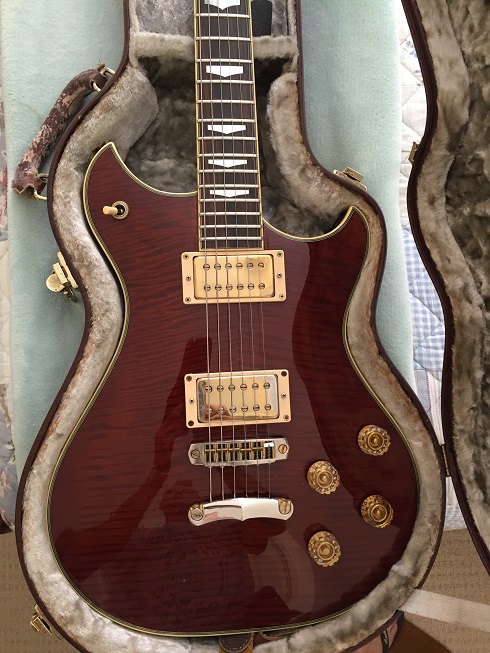 It plays as good as it looks!
I also got an original Westone strap with it 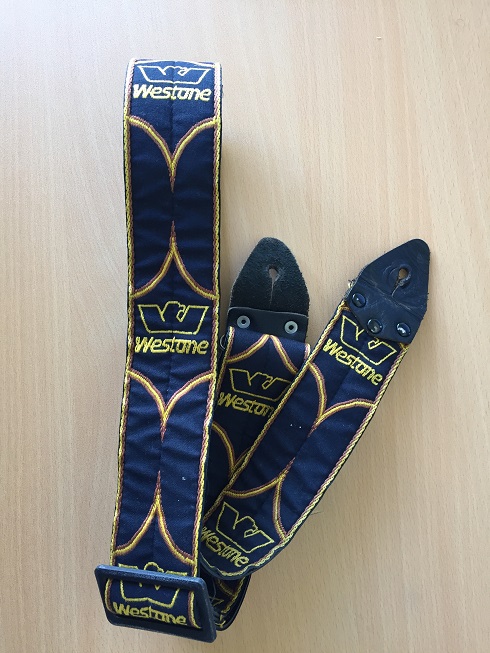 Wow!! Not seen one of those before!!

Ditto!
Was that included with the guitar? Very kewl.