One for the Electra Fans

One for the Electra Fans

One of my regular local customers is a bit of an eclectic collector and plays in a band part time. Over the past year or so he has come in with a number of interesting guitars including a few under the el Degas label (Canadian MIJ white label instruments).

But this week he showed up with an nice little MIJ Squier Strat,

Sean was as giddy as a school girl when he brought it in. Apparently he's been after one of these for quite some time. Despite its age of some 40 odd years, it was in really good condition, if a bit grubby about the edges. Almost no fret wear but a lot of finish wear on the back of the neck. This old gal had been played but not abused.

The most striking thing about this beauty is the-tree-of-life inlay on the fretboard. 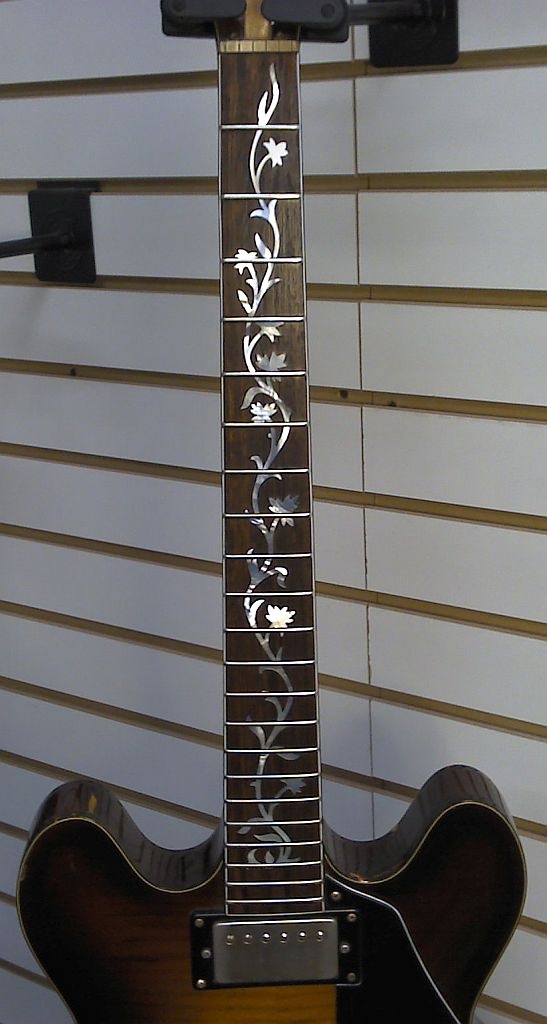 And then, you notice all the knobs and switches: 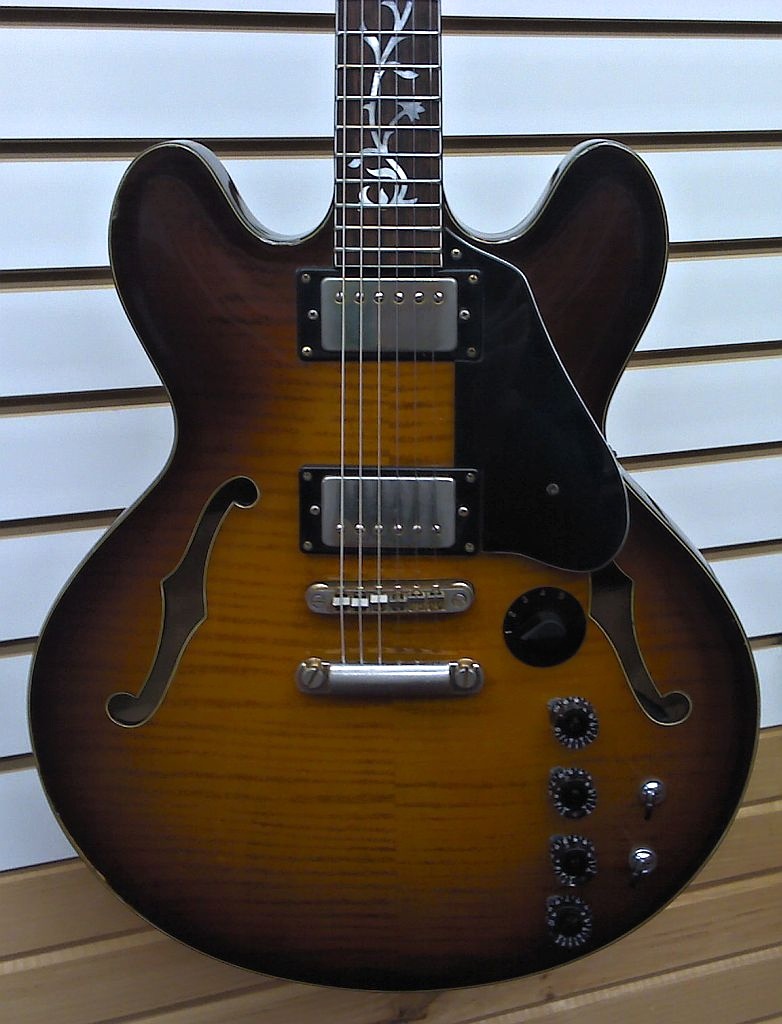 Most of them control what's behind door number one (under that hatch): 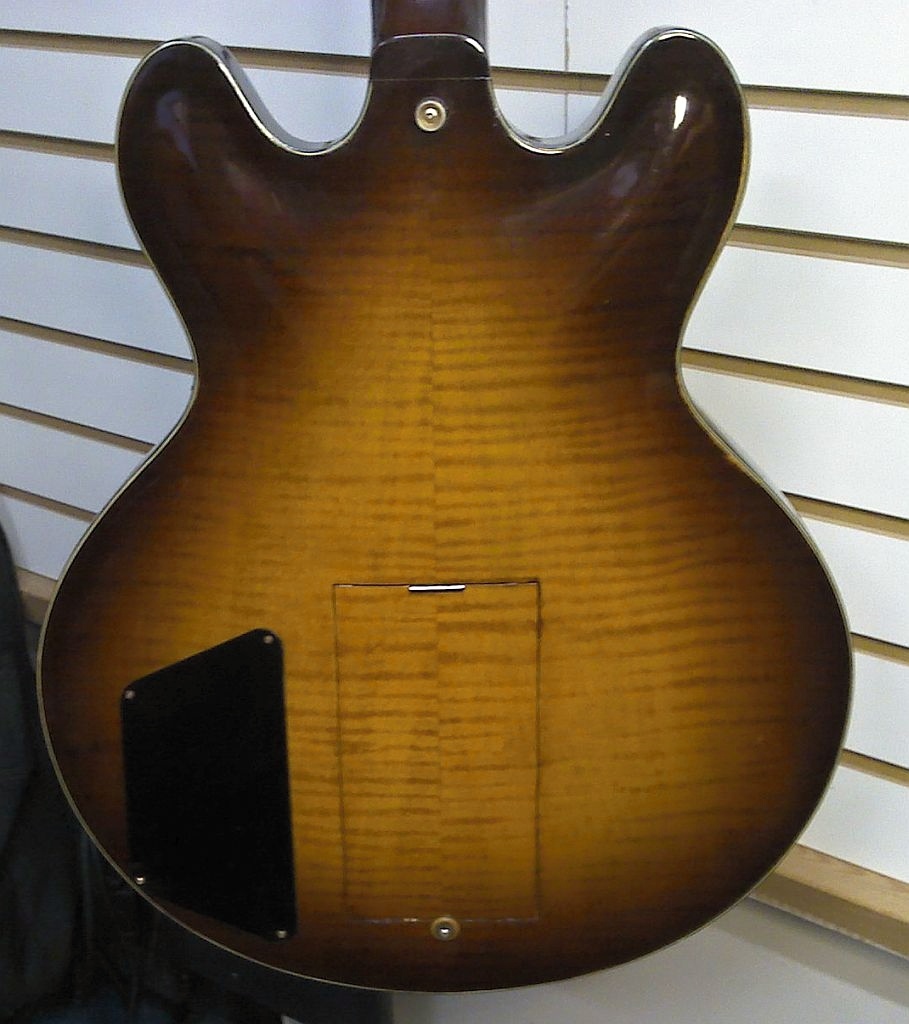 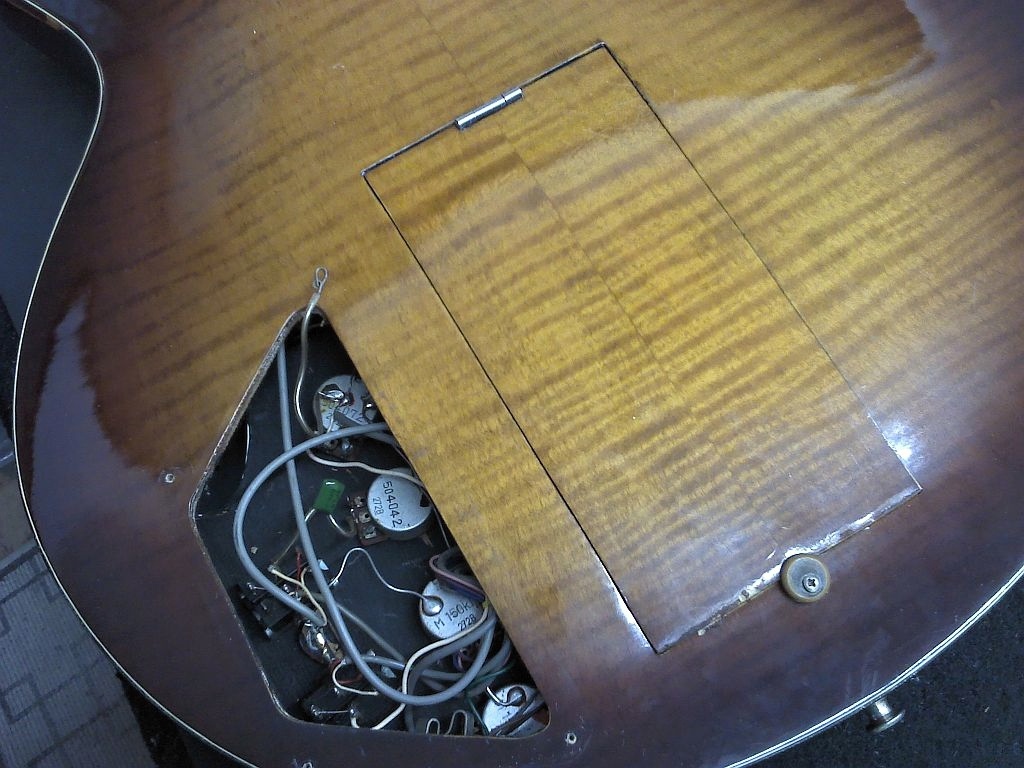 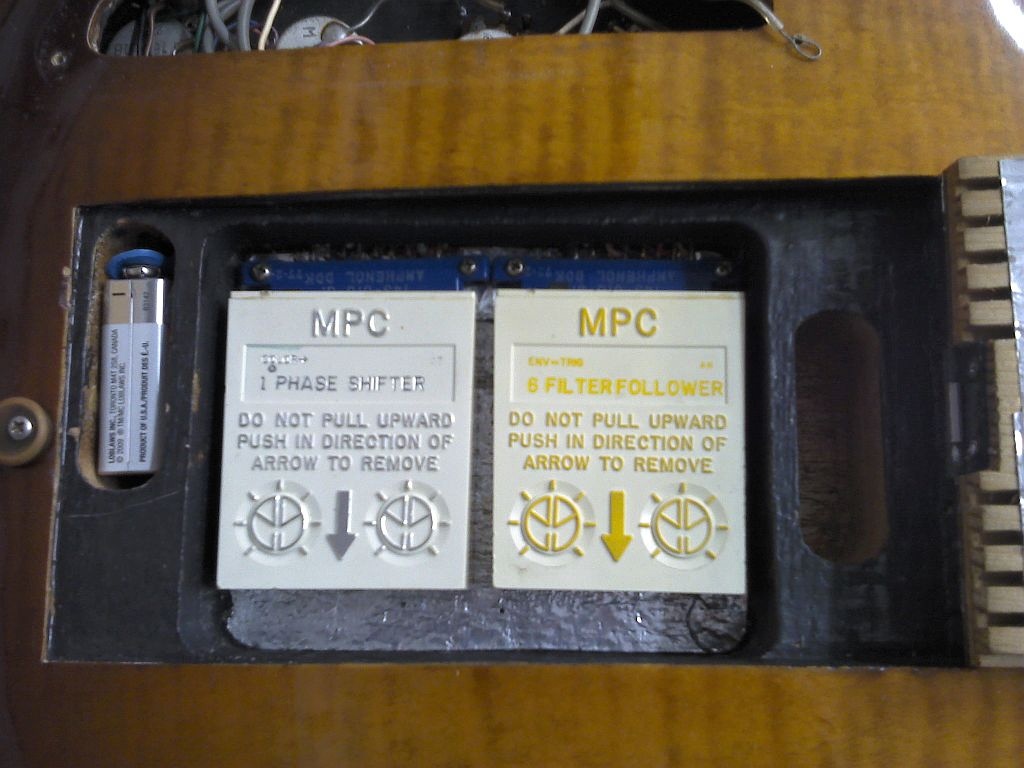 The damnedest thing I've seen in awhile. Sure, I knew about these things, but to experience this first hand was, other-worldly. I won't try to explain it all here, there are others who know much more about it. But let me tell ya, it's weird to have your effects on board instead of on a pedal.

As for playability, she's very much like a 335 but lighter I think. Very comfortable, and although the switches and knobs were daunting at first, their purpose is actually quite logical and you quickly get used to what everything does. And it has got to have the biggest bloody toggle switch handles I've ever seen! God help Sean if he snaps the plastic. There likely ain't no replacement.

No, I did not pull the pups to see what was on them, if anything.
So there ya go, something weird and wonderful at the same time.

Lovely, isn't it?! The Electra folk keep telling me I needan MPC guitar for my collection, but.... I dunno...

Never been a fan of the Tree of Life, but that is quite striking!
Lovbe the idea of internal fx modules, 'specially a phase shifter, though I wouldn't have thought a 335 and a phaser go hand in hand?! but that shows what I know!

Yeah Pete, I'm not sure if a phase shifter would be a module that I'd pick for this guitar either, but I presume that's what came wif it. And I expect you cannot be too choosy at this late date.The other one is actually not too bad. A bit like a chorus or tremolo.

And I did find that inlay somewhat distracting while playing. Couldn't easily locate my fret positions. But I guess you get used to it.
_________________
"A little song. A little dance. A little seltzer down your pants." -Chuckles the Clown

Barry wrote:And I did find that inlay somewhat distracting while playing. Couldn't easily locate my fret positions. But I guess you get used to it.

Used to be the proud owner of a similar neck inlay but sadly I didn't get used to it. The skill taken to produce that look was always admired but it was a bugger to play

This model as well as the other tree of life inlay models were some of the top of the line Electra made. The MPC models were far ahead of their time and there were 12 different MPC modules available. These are of superior quality and playability as one would expect from Uncle Matt but these are above and beyond on the craftsmanship and attention to detail. Excellent players and lookers as well. The large plastic switch tips can be purchased at Radio Shack as they are the most common broken item on the mpc models. The ability to switch and have 2 modules on at once as well as floor stomp boxes is great. With the extra  routed out area for the MPC modules the guitar is indeed very light and easy to play for long periods. The tone is dead on and sounds great. If you should ever come across any of the MPC models including the Outlaw Bass MPC be certain to give them a good test drive and you will be surprised. Tom Presley was way ahead of the times on this one. If anyone has any questions feel free to pm me. Thanks for the post and enjoy this one for certain.