Does anyone have wiring info on the DSR5 Harmonic Enhancer? If you have a Westone that has one in it, could you take a picture of both sides and post it.  The one I have is not working. I believe there is some wiring issues with it.  I can't find any repair info online about them.  The model guitar Corsair GT XA1440BKC, it has Dan Armstrong pickups and was made in 1988.  I am trying to bring this guitar back to life, I really appreciate any help or advice.

Your guitar was made in Korea. As far as I know we have no specific technical info on this circuit. The only reference I can find is from a chat between forum member sarcaster and SLM/Westone head designer Tom Presley:

Q- The AER300 had a DSR5 Harmonic enhancer – what the heck does that do?
A- Notch filter in its passive design, and what is known as an aural exciter in the active. It was later evolved into more of a PA enhancement with a more aggressive slope and gain. Same concept, almost the same design parameter but with more input and output signal.

Hi Barry,
Thanks for the info. Happy New Year!

I can photo mine for you, I'll do it tonight.  Was the wiring messed with?  Is the battery connection good?

Wow, that is fantastic! Thank You!  The battery connection is good.  It looks like some wiring came off and then was possibly soldiered in the wrong spot.

Ah, got it.  Probably was mis-wired.  I love the enhancer.  Dana has a great design there.  Will let you know tonight when I get pics.

The enhancer was made to be used in conjunction with Dana's specially designed pickups.  One of his pickups became what we now know as the Dimarzio DP156, the "Humbucker From Hell".  That's what was in some of his Westone Dana Signature models with the DSR5 (the pickups weren't Dimarzio brand then, this was before the pickup became a "Dimarzio").  With the right humbucker, the DSR5 sounds amazing.

I'll take a pic of mine from the Rabin signature as well and post.  I'd be curious to see if there are any differences from the Dana.

I was wondering that too, Sarc.  How did they differ over time?

Mine is a very early model, made in the autumn of 1988 (pre-production), of Matsumoku and US parts, by Dana here in the States.  I've never seen another one like it.

Anyone in the mood for spaghetti?

Get your sauce ready.


Copy and paste it, the "link" option isn't working for some reason.  Odd, that.

Forgot to take a pic of mine last night but after seeing that  - I gotta see if there is that much going on on the Rabin.  That's a lot more wiring than I was expecting to see. 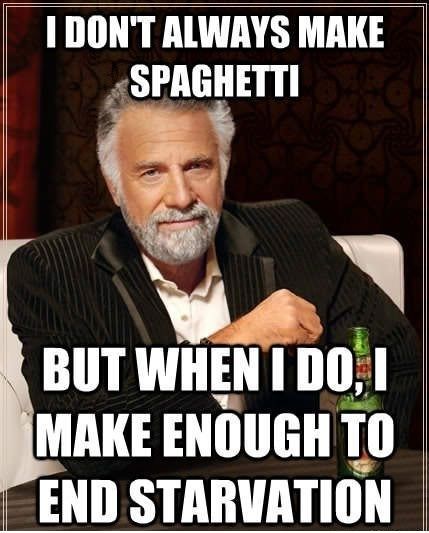 It's not too bad when you get into it.  It's the length of the wire that gets you.  I'd imagine they eased it up for the production models.

The Board is basically the same.  I was able to figure out my mess with your pictures.  IT IS ALIVE!!!!!!  Like yours, this is not a production model guitar.  I had it custom ordered as part of an endorsement deal I had with Westone.  I had two of them made.  I even had them put a Floyd Rose on it. I sold both and just recently got this one back.
Thank you so much!  I could not have done it without your help.  You Rock!!!!!!

Attached is the pictures of the wiring and guitar.  Thanks Again!

Unfortunately, it looks like the Alvarez Rabin III does not have a DSR switch as I thought.  All the wiring appears 100% original and it has no board.  I always thought flippin the switch sounded like a HB coil tap, and now I see that's exactly what this switch does on the AER300.

So now I'm curious - what does the DSR sound like?  Can either or both of ya post a sound clip with and without? 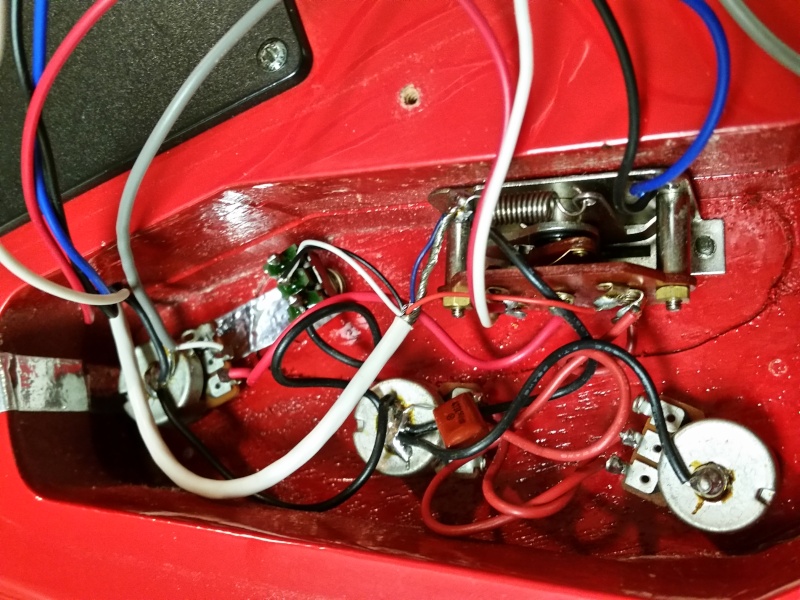 Fortunately we both have early models that match!

So how do you like it with the Armstrong pups?  I've never heard one with "normal" pickups before, only with the pickups that Dana designed to use with the enhancer.

If it's set up like mine, your third knob (appears to be missing on yours) is the enhancer, and the second knob is a bit of a boost to the amp.  The first knob is volume.  How is it to play with those three toggles for pickup selection?  I have a Charvel Model 6 that is set up that way, I don't prefer it.  Too much switching to get to the neck pup for solo parts.

Tell us more about this endorsement deal!  Was it Tom Presley that approached you about it?  We're into Westone history around here, the more info the happier we are.

Love the snakeskin, they hired a local boot company in St. Louis to do those coverings for them.

There are 3 switches for the pickups, bridge pick up and neck pick up have double coil, off, single coil.  Middle single coil pick up switch is on and off.  1st knob is the volume for all pickups, 2nd knob only works with the enhancer, kind of like a tone knob, but just works when the enhancer is kicked in.  The bottom switch is to turn the enhancer on and off.  It can be played with the enhancer off and without a battery. The enhancer gives a major boost when played with a clean setting, it really gives it great clarity and a slight boost when played with distortion with more clarity.
I was approached by the rep for our area.  His name was James Conn.  His company ID was 007.  He said the HR dept at St Louis did that to him as a joke.
He showed me pictures of the Westone guitars.  I finally decided on the one pictured.  I got the Dan Armstrong pickups and the enhancer.  He said they were the best that they had.  I told him I wanted the face and headstock covered in Python.  I didn't like the whammy bars that they had, so I said to him if you want me to play it, you have to put a Floyd on it.  He said, "Yes" with out even flinching.  I don't think the enhancer originally came on this model.  I told him I wanted it and he said they would put it in for me.  St Louis was really a great company.  I still practice through a little G40 Chorus amp I got back then. I even use the G40 with an old perfect connection power amp in a Marshall cab once in a while, on some of my gigs.  I can't thank you enough "The Chad".  You made this year start off great.  I wish you the best!  Rock On!

You're welcome Dana, helping one another out is what we do here.   I'm just glad it worked!

Thanks for the story.  I love to hear that sort of thing, the 007 thing was funny!  Neat to hear the interaction SLM had with people then.  Great solo man!  Eddie Van WHO?!  Loved it!

Great to hear that you're still playing!

If you ever consider moving that guitar along, let me know first!