I have this old and rather battered Westone Thunder 1A, which plays really nicely, though it has had a hard life 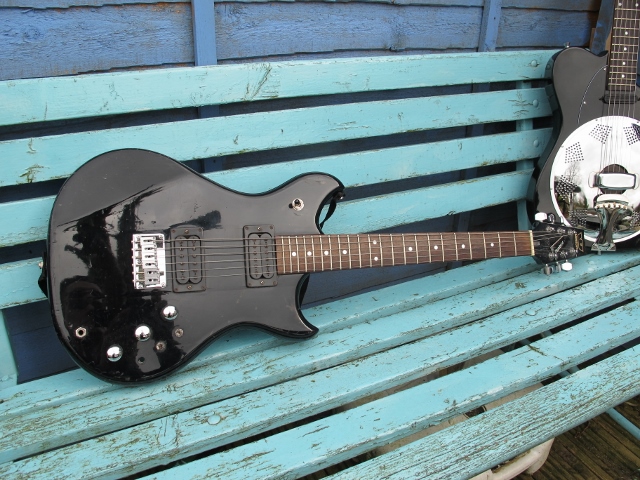 The active electronics are long gone, but it still has the MMK45s. Currently it is wired so that each pickup has a separate volume, these then go to the switch, and then to the jack.

The problem I have is that the front pickup sounds great, really full sounding, but the rear sounds quite a bit thinner and harsher. I have tried swapping the multiple wires around on the rear pickup, but just can't get it to sound as full as the front one.

I intend to re-wire it so that the pickups go to the switch first, then to the controls, but I was wonedring if anyone knew which wires on the MMK45s do what, and which ones would give the full tone from each pickup.

The front pickup has two conductor wires (red and white) the rear has three (red, white and green)

I would like them both to give full outputs, and be able to switch between the two.

Would love some help.

it looks like you still have two mini switches
are they for coil split (both pups) and phase reverse (bridge pup)?

* on the bridge pickup, white and green are the ends of the coils and are usually attached to a phase reverse switch


one more thing, maybe you can raise up the bridge pickup some. a little bit can make a big difference.

The switches do nothing more than fill the holes to be honest.

I don't really go for coil taps and splits and stuff that much.

Just my own opinion of course.

I want this one to be a twin "full on" humbucker guitar.

So for wiring to the switch, the front pickup should have the red and white to the live of one side of the switch, and the same with the rear one, with the green to ground?

I have tried lowering the neck pickup, and raising the bridge one, just seems the the output from the front coil of the rear pickup is less than the outputs of the other coils.

I'll give it a go tomorrow, cheers.

white wires are the humbucker output

red wire is the coil tap, insulate the end of each and leave unconnected

These guitars have an unholy growl in full HB mode Sollo!

You'll certainly enjoy it if that's what you're after.

I get what you're saying about coil taping options, etc, but it does seem a shame not to restore those functions since it was the original design, and it's available to you. You always have the option of ignoring those switches eh?
_________________
"A little song. A little dance. A little seltzer down your pants." -Chuckles the Clown

Thanks for all the help here, superb

I finally sussed it out this afternoon, and wired it up, each pickup, full on, Vol + Tone.

And you know what, very use-able too

I guess I am that kind of player.

My usual guitars are Teles with 4 way switches, my usual set up is amp + cord, I like things simple and straightforward.

I like my humbucker guitars to be the same set up, amp and cord, tame things with guitar controls or playing style. 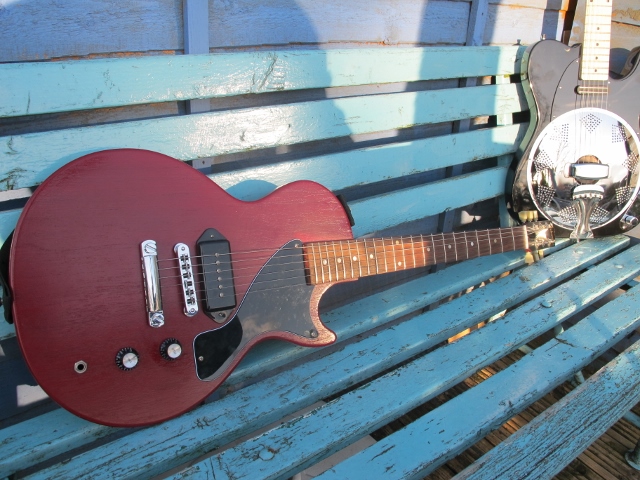