Bit of an odd title here, but the clues are there!

I need them for 'Dom' my Paduak!

Thanks in advance to all you little monkeys out there!

Oh you little beauty! They are perfect!

I'll be in touch!

I'd have to agree, Wayne - well done!! Turned out of brass stock? I imagine you'll have a few in here looking to buy 'em, mate... you got a price yet?!

No Idea yet, and I'm not going to push my luck on here

It's not like there's going to be 100's required. Just thought seeing as a few had asked me how the little side project was going I'd let you know I'd not totally abandoned it.

Just far more important problems to deal with! But isn't that life in general.


Yes from barstock, and it's not been totally straight forward, I had to make a broach to cut the splines as I was not going to compromise there like Westone themselves did in the end. Also a custom made knurling tool to cut better knurls than pressure formed knurls can achieve in Brass.

wayne weedon wrote:Yes from barstock, and it's not been totally straight forward, I had to make a broach to cut the splines as I was not going to compromise there like Westone themselves did in the end. Also a custom made knurling tool to cut better knurls than pressure formed knurls can achieve in Brass.

Nice!! I wondered how you'd get around the spline thing! My engineering expertise doesn't come close to even have a crack at that - I can just about use my lathe!!

The spline broach is actually quite simple as Brass lends itself to broaching quite well. Just a milling operation on toolsteel in an indexer. The devil is in the detail and getting it to cut the correct size spline

Some of these will be out in the wild tomorrow to one of the forum members.

I have it on good authority, from a good pal of mine, who has already bought some of these, that they are the dogs' doo-dah's!

For anybody interested in these knobs, I would suggest that you get in there quick and PM Wayne for further details.

Thank goodness someone has risen to the occasion and made some of these. Cheers to you Wayne!

Got a batch of repro brass knobs from Wayne recently and i have to say they are really excellent.

If any of you want to give your westone restoration that finishing touch get in touch with him before they are all gone. 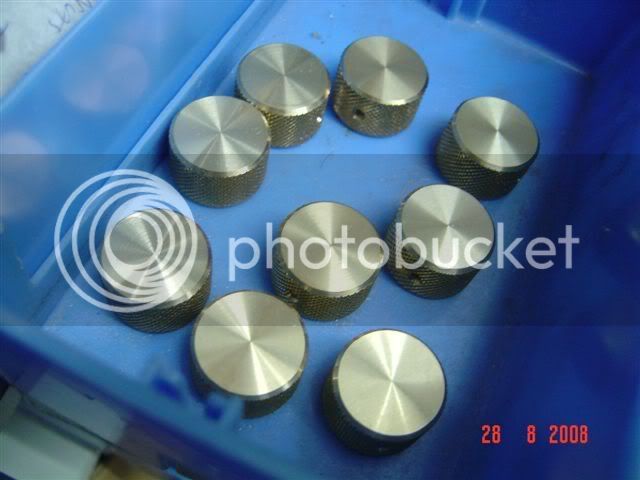 Good to see you again mate, sorry I haven't been in touch lately, you know how it is!

Those knobs certainly are the cats' whiskers!

I really must get my order in for some in the very near future! A little bird tells me that Wayne might also be making other brass parts too; I hope so!

I forgot to reply to this, Yes of course I still intend rto do some more brass bit's mainly as a way of customising my own guitars. Truss rod covers (I think I sent you a picture of those) and the rear covers.

The knobs well as you know it's been slow, and certainly done more for love rather than any profit! Seems fleabay is the way to go considering what happened with the 3off 2nds this week. He wont be getting 2nds of course.

I have two of these. Not for sale. I need one more for an Electra I have. 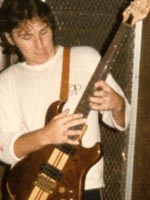 Oh, you mean Minkeys Pol!
Nicely done Wayne, and I cannot recall the member who followed this up for us (sorry) but he set up a supplier in Texas who will turn these out for us:
Made to Order Minkey Knobs
_________________
"A little song. A little dance. A little seltzer down your pants." -Chuckles the Clown

I'll do some more shortly. Whoever made those others sadly cannot knurl

wayne weedon wrote:...Whoever made those others sadly cannot knurl

Too true, eh? I really hadn't paid too much attention to that. I think we were just tickled that they could be made available at all! Now that you direct attention to it, they really are coarsely knurled. Still, they're better than lit cigar up yer nose when you're desperate to restore a Westie.
_________________
"A little song. A little dance. A little seltzer down your pants." -Chuckles the Clown

G'day, Wayne - nice to see you put your head above the parapet!!

I'm still kicking around! Got a few guitar related things I'm thinking of dabbling with.

This last year I got quite heavily into making Astronomy related stuff, and thats not allowed much time to do guitar parts, though that really should not be an excuse. The Astro stuff took off like I would not have expected and took huge chunks of my time.